THE FALSE EQUIVALENCE OF LEFT AND RIGHT 'EXTREMISM' 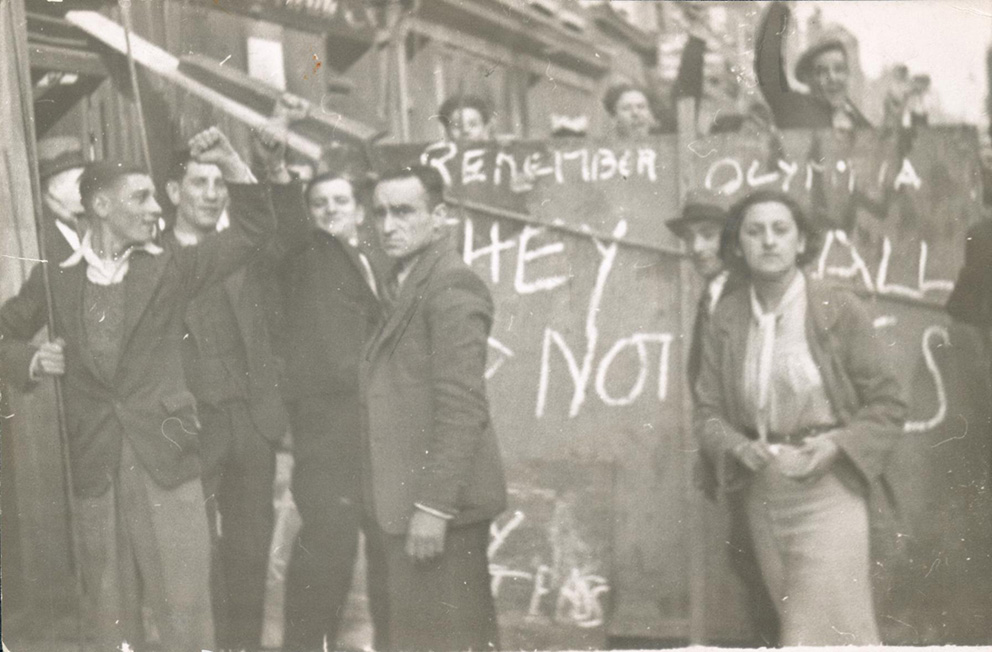 While attending a recent international conference in Sweden devoted to “Holocaust remembrance and combating antisemitism,” Justin Trudeau took the opportunity to put forward his views on political extremism. He deplored the role of social media in “enabling harmful content like hate speech” and expressed dismay that “some of the most open, liberal democracies in the world” are “seeing a rise in intolerance.”

The host government for this conference issued pledges that included the promotion of the infamous IHRA definition of antisemitism. Given this emphasis on a document that is widely used to falsely conflate Palestine solidarity with the promotion of anti-Jewish hatred, it is perhaps not entirely surprising that Trudeau was ready to take a creative approach in considering the question of ‘extremism.’ He told his audience that “We see the organizations of extremist groups on the far-right and the far-left that are pushing white supremacy, intolerance, radicalization, promoting hatred, fear and mistrust across borders but within borders, as well.”

It is likely that Trudeau would have some difficulty identifying left-wing organizations that are “pushing white supremacy” and, were this just a question of his shortcomings as a political theorist, these remarks would be of no great importance. However, this readiness to equate hate-filled racists and fascists with those who want a society free of exploitation is more than cloudy thinking on the part of the prime minister. Sadly, such accusations are far from unique and examples of this approach are easy to find.

Last year, for example, it was reported that the British government’s “independent adviser on political violence and disruption” would be conducting an “investigation into the extreme fringes on both ends of the political spectrum.” This adviser, Lord Walney, suggested that there was evidence of those on the left “overstepping the mark into antisocial behaviour.” His view was entirely in line with the thinking of the home secretary, Priti Patel, who had earlier described environmental activists in Extinction Rebellion as “so-called eco-crusaders turned criminals.” She presented the civil disobedience tactics they had employed as “a shameful attack on our way of life, our economy and the livelihoods of the hard-working majority.”

We shouldn’t be surprised if the zeal to contain the far-right is more than matched by eagerness to move against the left. Trudeau’s comments raise many of the same issues as did the decision of his government, at the beginning of this year, to designate the far-right Proud Boys a “terrorist entity.” I was among those who, at the time, suggested that calling for the use of anti-terrorism legislation was a big mistake. Without for a moment supporting any supposed ‘right’ of fascists and hate-mongers to spread their poison, I suggested that such legal initiatives (and state repression) were far more likely to be directed against the political left and working-class resistance than to be wielded against the right with any consistency.

The ugly antics of the Proud Boys and others like them, came to a head at that time because of their role in the Capitol Riot. Certainly, the forces the erratic and dangerous Trump set in motion at that time greatly alarmed the US establishment and some fairly decisive action was taken by police and prosecutors. However, even in the midst of a crackdown on the far-right, we see evidence of the state’s instinctive sense that the real threat comes from the left. Recently, a judge in Florida sentenced Daniel Baker, an anti-fascist activist, to 44 months in federal prison, as The Intercept reported, for “social media posts that called for armed defense against possible far-right attacks on the state’s Capitol in the wake of the January 6 riots.”

Baker, who had already spent 10 months behind bars, had been arrested for putting up some rather unwise social media posts. However, he “never brought a weapon near a government building; he amassed no armed anti-fascist forces; he made no threats on a single individual.” This can be compared to a January 6 defendant who drove to Washington with guns and ammunition and sent texts threatening to shoot Nancy Pelosi in the head, yet he only faces a sentence of between six months and two years. As a representative of the People’s Law Office put it, “Dan’s case speaks volumes about how the state represses the left much differently than it treats the far-right.”

In a host of ways, the Capitol Riot drove home the close relationship between state security forces and the far-right. Following the riot, 35 Capitol Hill police officers were investigated for their role in the disturbances “at least 21 US Army and law enforcement personnel were present at the riot.” The paramilitary Oath Keepers, who were very much part of the action, claim “tens of thousands of present and former law enforcement officials and military veterans as members.” Nor would anyone who has participated in protests against fascist organizations in Canada find this very surprising. They will have seen first hand a level of bias that results in the police acting, in effect, as a security detail for the far-right.

In the last few years, the far-right has taken great care to adopt approaches that will enable it to obtain a hearing beyond its immediate political base. From support for the building of oil and gas pipelines to merging with anti-vaxxer protests, the fascists have found ways to operate in a wider political context and to blur the line between extremism and mainstream conservatism.

This assumed frightening proportions during the Trump presidency, when the far-right was emboldened and inspired by the occupant of the White House and found an audience for its hateful views among the very large base of rightward moving supporters of the Republican Party. However, much the same process has unfolded here, with the disturbing growth of the so-called People’s Party of Canada (PPC). This party has openly fuelled anti-immigrant sentiment and very deliberately allied itself with the coronavirus denying right. Its leader, Maxime Bernier, has brushed off his many well calculated photo-ops with open white supremacists and the PPC has become “a gathering place, where those who have broken with mainstream conservatism but whose ideas are still in flux, can have political contact with those on the far-right who have completed the journey.” It bears emphasis too that the PPC emerged out of the right wing of the Conservative Party. Bernier was a very serious contender for leader of the party and his views resonate unmistakably in both its parliamentary ranks and its support base throughout the country. Erin O’Toole’s recent efforts to strike a more moderate pose notwithstanding, the ‘mainstream’ Tory Party has its own continuing history of links to the far-right.

The readiness to include the left in any crackdown on political extremism and, indeed, the tendency to focus on the left more fixedly than on the far-right, is not simply a question of reactionary police attitudes or a readiness to blur lines on the part of the conservative right. There are very real reasons why even a liberal capitalist politician like Justin Trudeau would see left wing “extremism” as an existential danger to everything he cherishes.

In the end, the racism and violence of the far-right, while they may be problematic and inconvenient, are not directed against the fundamental interests of the capitalist class. The left, on the other hand, even if it uses the most peaceful and democratic methods, is challenging systems of exploitation and sources of profit. If this goes over to an effort to create a society based on equality and collective ownership of productive capacities, the progressive pretensions of people like Trudeau go out the window and the lines are starkly drawn.

This is a time of very considerable crisis with the need for bold and radical initiatives by working class movements. Whether workers take strike action or people take to the streets to demand that the needs of their hard-pressed communities be met, we can expect efforts to suppress such struggles. We may also expect efforts by the left to encourage and sustain such social resistance to be considered by those in power as, to borrow a phrase from the British home secretary, “a shameful attack on our way of life.”

Trudeau’s comments to the Swedish conference were as revealing as they were dangerous. The struggles for justice that the left takes up must never be compared to the poison that comes from the fascist right. We must reject and challenge this false equivalence powerfully and without hesitation.