WHAT STRATEGY FOR GLOBAL CAPITALISM IN THE FACE OF CRISIS? 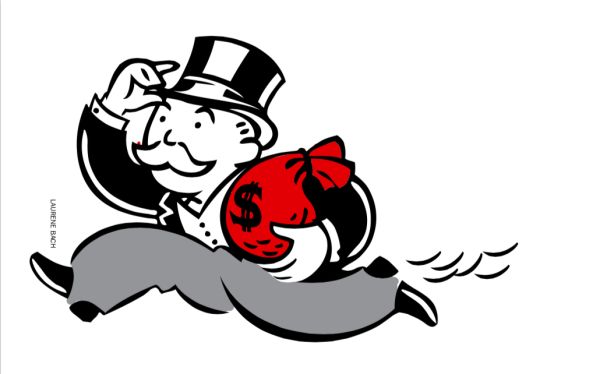 Debates continue on whether the power brokers of global capitalism are going to take a stimulatory Keynesian approach in the period ahead or revert to an austerity driven attack. A few thoughts on this.

1. Keynesian approaches were adopted at the end of WW2 but, though they enjoyed a good run, they couldn’t be sustained. Neoliberalism emerged, as an effort to intensify exploitation and restore rates of profit based on this failure.

2. In turn, though it imposed huge defeats on working class populations and greatly increased levels of exploitation, neoliberalism hit the rocks during the crisis of 2007-2009. After that, only the most sluggish recovery was achieved and that modest result involved virtual life support for the capitalist system. Zero interest rates, quantitative easing, the propping up of zombie companies and a focus on parasitic speculation instead of productive investment, were all features of this period. This effort to stave off disaster was already in major trouble before the pandemic hit, with the global economy moving into a downturn.

3. The onset of COVID massively intensified the crisis in terms of a deep and lasting economic malaise but also in the sense that it ushered in a period where capitalism’s failure to create a sustainable relationship with nature has started to produce catastrophic consequences. We now live in an era of pandemics and of intensifying ecological crisis, the effects of which will be shattering.

4. The economic scarring of the pandemic, combined with more fundamental contradictions in capitalism, threaten grim times for the world’s economy. The global supply chain is too fragile for the present crisis conditions. Climate events will lead to increasingly devastating results and to huge dislocation. This is going to be a period where Friedman’s ‘Capitalism and Freedom’ just won’t do as a road map. High levels of state intervention will be called for, with abrupt policy changes. The present pandemic may be only one of many shocks that have to be weathered. We may see desperate stimulatory spending undertaken in the face of major slumps. Temporarily enhanced forms of social provision, to prevent dislocation and the drying up of consumer spending, in response to episodes of extreme weather that bring economic activity to a halt, are very likely. More and more often, measures will have to be taken that reflect the fact that this is not the world that Reagan and Thatcher operated in.

5. Having said that, this is not 1945 either and any sustained playing of the Keynesian card, in the sense of an ongoing period of relative class compromise, is also not an option. The post-war years saw major concessions to working class people but also economic boom and robust profits. They also represented a tactical retreat before strong union movements and national liberation struggles. None of this applies today. Though, rapid tactical shifts may occur, a system of class based exploitation can’t possibly face a crisis of this kind without trying to impose the burden on the exploited. This is not going to be period marked by relative social compromise but by elevated class conflict.

6. Though recent years have seen some enormously powerful social upsurges, there is little organizational capacity for sustained forms of social resistance at the moment and trade unions have been greatly weakened. The question of to what extent and how rapidly that can change under the present conditions of crisis is a decisive one. A rejuvenated movement would change everything, seriously limiting the policy options for those in power and decisively impacting the question of who will pay for the crisis.

7. In the corridors of power, they will be debating Keynesian, neoliberal and hybrid policy options and the results of those discussions are very important. The bigger question, however, is the role of working class movements. We need to grow and learn to struggle in ways that leave behind the outdated rituals of class compromise that have dragged us down. We also need to understand, however, that the present crisis reflects such a level of destructive irrationality in the system we confront that it becomes essential that our movements, in addition to radical and bold immediate objectives, embrace and act upon transformative socialist politics.