A BASIC INCOME IN WAITING? 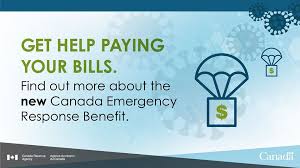 This is a challenging time to be a left opponent of basic income and, when you suggest that in practice it would serve a regressive agenda, it feels very much like explaining all the perfectly good and sensible reasons why it’s not a good time to get a puppy. Without doubt, the hardship and uncertainty brought on by the pandemic and the economic downturn it triggered have led to a situation where the idea of a relatively secure and adequate income is so appealing that a lot of people simply want to believe that basic income can serve that purpose. One development that fuels this hope is the additional measures of social provision that were adopted in the face of the crisis over the last period. However, the assumption that such measures will herald in a new commitment on the part of governments to eradicating poverty and ensuring an adequate standard of living for all, is a hasty one that needs to be challenged.

The Canada Emergency Response Benefit (CERB) was not any act of rampant generosity. In fact, it was incredibly modest compared to the handouts and subsidies that were given out to the capitalists. Nonetheless, it was certainly significant enough to warrant some consideration. Basic Income supporters have suggested that the CERB is ‘proof’ that the introduction of their system is but a round of lobbying efforts away. Actually, I would say that this episode is confirmation that the provision of income support in a capitalist society is always undertaken on the basis of as much as necessary but as little as possible.

When the pandemic struck and reluctant measures of lockdown were put in place, the Canadian state had to deal with a sudden situation where unprecedented numbers of people had no income. The existing unemployment insurance and social assistance systems were utterly inadequate and a rapid response was unavoidable. A failure to provide a measure of income would have created a social crisis with rampant hunger, an explosion of destitution, social unrest and (a prime consideration) a sudden loss of consumer spending that would have seriously impacted major capitalist enterprises. So, an improvised short term benefit system was implemented that corresponded to the needs of a capitalist economy on life support.

What is striking about the measures that were taken is how fragile they were. A section of the establishment and its media thought the Liberals had gone too far and a systematic campaign to present CERB as a reckless inducement to idleness was taken up. Trudeau, for his part, assured his capitalist patrons that the steps his government had followed were necessary but temporary. He told the Financial Times that CERB was not the benchmark for income support after the pandemic. In line with just this approach, the Canada Recovery Benefit (CRB) replacement was introduced to begin the winding down process and it is worth noting that the CRB is about to be cut massively.

This adaption to a global health crisis conformed completely to the governing principle of state provided income support, which, as I have suggested, is to grant as much as necessary but as little as possible. It’s just that the pandemic necessitated an unprecedented but very temporary change of direction. Income support is always provided at levels that contain social crisis but on a scale that doesn’t undermine the economic coercion the job market rests on. Does this mean that benefit level that match or exceed what CERB provided are impossible? By no means but, to achieve this, we are going to have to impact the ‘as much as necessary’ side of the question through movement building and mass action. There is no social policy ruse that can override the results of being on the losing side of the class struggle.

The problem with the basic income approach, however, is not simply the deluded notion that it is a quick route to income adequacy, regardless of the prevailing agenda and the balance of forces. By pressing for a massive extension of the cash benefit, it takes us into very dangerous territory. During the pandemic lockdown, the improvised benefit system, went out to a wide array of people suddenly without wages. The notion of a post-pandemic basic income, however, is for it to be primarily directed at low wage workers. The Ontario pilot project ensured that 70% of those who were accepted into it were in this category. The great problem that arises with this approach is that the benefit is now functioning, in effect, as a subsidy to the very worst employers. The notion that workers in these jobs will have their income provided out of tax revenues collected from other workers, is really quite dreadful. It would remove pressure on employers to increase wages and undermine the struggle for decent minimum wages. It is precisely on those fronts that we need to make urgent gains. We can’t be reconciled to the low wage precarious workforce that has been created during the neoliberal peiod. We need strong and rejuvenated unions that can take up a fight for workers’ rights and decent wages.

There is most certainly a great need to fight for unemployment and disability benefits that provide people with a decent standard of living. At the same time, the bureaucratic intrusion and moral policing associated with existing programmes must be challenged and eliminated. However, as true as this is, it is actually a big mistake to place the focus on the cash benefit, as our main objective. If a basic income were introduced in Canada, at the federal or provincial level, we may be sure that governments would be far more supportive of the view of right wing US basic income advocate, Charles Murray, that the meagre cash payment he proposes would replace other elements of social provision, than they would be in progressive hopes that public services would be strengthened at the same time.

During the pandemic, struggles have broken out across the world, from Minneapolis to New Delhi to East Jerusalem. As the global health crisis subsides, there will be a strong determination to fight for something better. As we challenge, not just the ‘economic scarring’ left by the pandemic, but the impact of decades of austerity, we shouldn’t settle for a commodified form of social provision that makes its peace with the neoliberal order. We need to fight employers to win decent wages and take to the streets to demand massively expanded social housing, greatly improved public healthcare, free public transit, universal child care and much else beside.

The provision of CERB in the midst of the crisis did, indeed, show that governments will expand social provision when they feel they must. We have to build the movements and take up the struggles that can create in those in power that very feeling that they have no choice. In building such a movement of social resistance, we can set out sights on so much more than basic income.