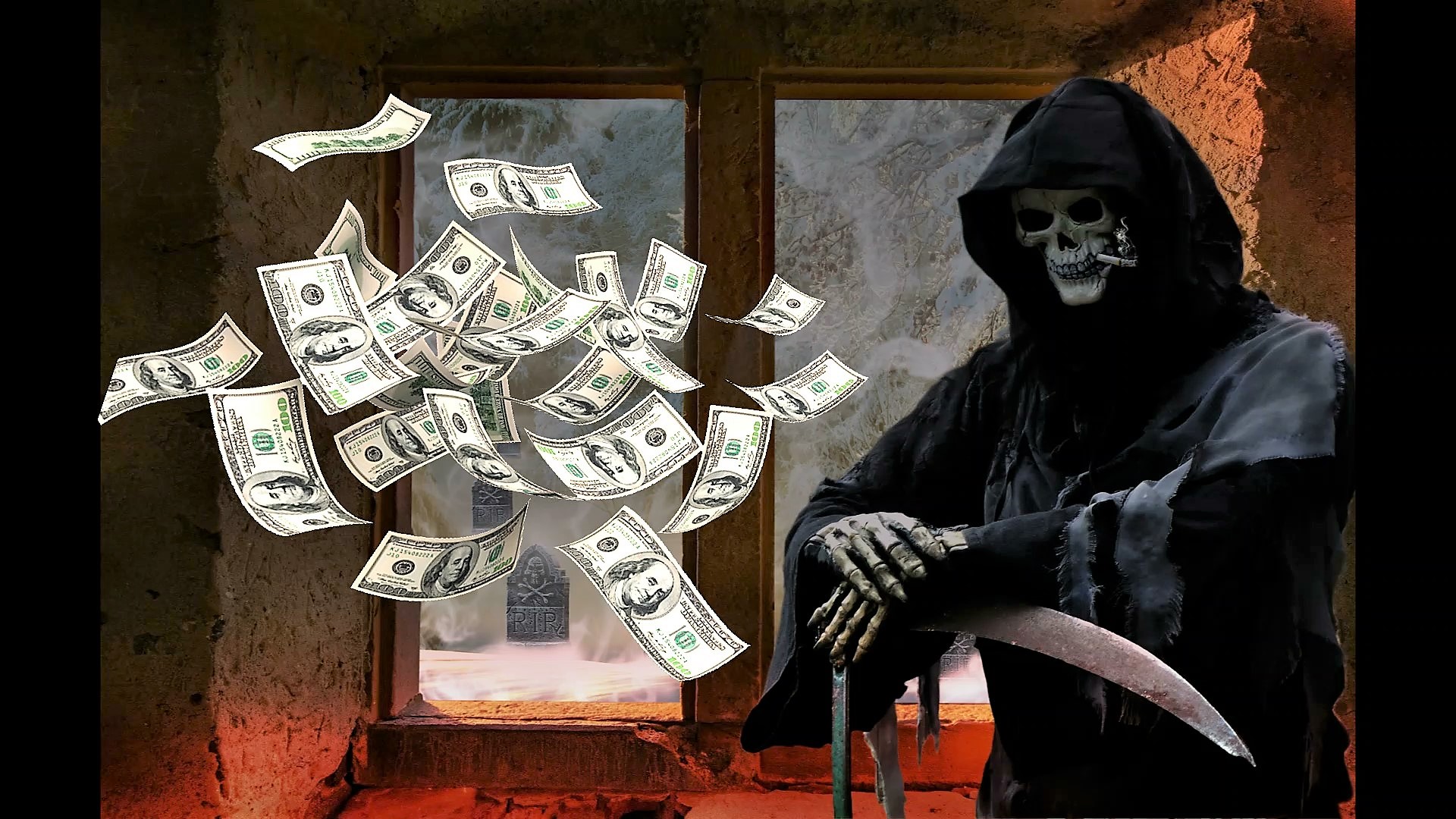 I must begin with a rather shamefaced confession. For most of the decades of my political and social movement activity, I tended to see questions of environmentalism as a liberal diversion. I acknowledged that capitalism was preparing an ecological disaster didn’t see that much could be done about it. My sense of crises under this system, were focused on recessions, wars and decisive class battles. The relentless progression of climate change, habitat destruction, species extinction and pollution struck me as regrettable but inevitable under a profit based system. The issue, I thought, was to focus on the class struggle and, when we had settled accounts with capitalism, then we would have the just and rational socialist society that could begin to clean up the mess.

The pace and scale of environmental degradation, however, forced themselves upon my thinking as the years went by. We are now well and truly into a period of history when capitalism’s planetary vandalism is having impacts far too pressing to leave for a wiser and fairer society to deal with. A multifaceted ecological disaster is unfolding that reveals the intensifying impact of a technologically advanced society that operates on the basis of the pursuit of short term profits. Such a society is fundamentally incapable of creating a sustainable relationship with nature.

It becomes ever clearer that the impact of capitalism’s assault on the environment is no longer a question of a future crisis that can still be averted. The term ‘tipping points’ has become part of the terminology of climate change and we have clearly reached the point where natural systems have faced impacts that are too substantial to avoid dire but insufficiently understood consequences. Any scan of available news outlets will reveal horrific developments on the environmental front. A survey of global ice loss finds that ‘28 trillion metric tons (tonnes or 31 trillion U.S. tons) of ice was lost between 1994 and 2017, equivalent to a sheet of ice 330 feet (100 meters) thick covering the whole of the U.K.’ The Brazilian Amazon is now releasing more carbon into the atmosphere than it absorbs. Carbon emissions are shrinking the stratosphere and a spokesperson for the research project that discovered this comments that, “It is remarkable that we are still discovering new aspects of climate change after decades of research. It makes me wonder what other changes our emissions are inflicting on the atmosphere that we haven’t discovered yet.”

It is also clear, however, that we are not just getting bad news about long term impacts but that the effects of the crisis are now part of the lives of people all across the planet. Climate change is increasing the scale and frequency of wildfires. The horrible reality of devastating droughts is imposing itself on populations like those in the Horn of Africa. Hurricanes are increasing in intensity and frequency because of global warming. The pandemic we are now living through is very much a product of capitalism’s failed relationship with nature. A UN supported study that explored ‘..the links between pandemic risk and the degradation of nature,’ left little doubt of this, stating

“The same human activities that drive climate change and biodiversity loss also drive pandemic risk through their impacts on our environment. Changes in the way we use land; the expansion and intensification of agriculture; and unsustainable trade, production and consumption disrupt nature and increase contact between wildlife.”

The report also makes clear that this ‘human activity’ (reports connected to the UN are not allowed to blame capitalism directly) has brought us into the ‘era of pandemics’ and that COVID-19 may well be followed by others without major changes that will, of course, run up against the needs of profit making.

As the impacts on the environment intensify, the appalling reality is that capitalism continues to make the situation even more terrible. Carbon emissions this year are surging and on course to be at their second highest level ever. It is clear that, even if we could bring capitalism to an end tomorrow, we would still face very serious long term impacts in terms of a warming climate and other deep wounds to delicate natural systems. Unfortunately, however, a time frame for the demise of capitalism is impossible to predict. This means that our movements need to do a very much better job of challenging this system’s assault on nature.

We must incorporate this fight into our overall plans of action, so that struggles for social justice and climate justice can support and sustain each other. We must challenge the disproportionate impacts of environmental degradation along class based and racial lines, as has occurred so dreadfully as the pandemic has run its course. This must be taken up on a global scale, as populations in poor countries face devastating impacts from the disruption of nature. Finally, we must act with urgency and determination to force all possible measures from corporations and governments that will prevent a worsening of the ecological damage.

If we again take the example of the pandemic and the ongoing threat of other such global health crises, we need to struggle on a range of fronts. Certainly, we must challenge the forms of industrial agriculture and the loss of habitat that are creating this threat. However, the spread of COVID-19 has followed the pathways laid down for it by the neoliberal order. The degrading of public healthcare and the broader social infrastructure weakened the capacity to respond. The precarious low wage workforce that marks this period was horribly vulnerable to the virus, as were the poor and racialized communities in which they live. Rather than adopt strategies of elimination, most governments across the world adopted approaches of reluctant mitigation, with measures to prevent the spread of COVID taken too late and applied inadequately to prevent recurring waves.

When governments did act, the measures of social protection and provision that were desperately needed were shamefully short of the mark. People lacked the income to survive, went hungry and often faced the threat of eviction from their housing. On all of these fronts, need for clear demands and vigorous social action was called for. Some vital efforts have been made on this front but much more serious and large scale mobilization was called for.

On a global scale, the need for solidarity to prevent the abandonment of poor countries by the imperialist powers remains at a premium, and the need to ensure that vaccines are made available on a truly international scale is desperately pressing as I write this.

When it comes to the question of climate change, very similar considerations apply. We need movements that can force the hand of those in power over levels of emissions and the major policy decisions that impact these. However, the struggle must be fought out over a wide terrain. We must act to prevent projects that contribute to global warming. The pipeline strategy of Canadian governments is a case in point and the 2020 Indigenous led movement that emerged in support of the Wet’suwet’en is model of the resistance we need.

As the impacts of the worsening climate crisis intensify, we will have to adopt an approach of solidarity for survival to demand and win effective responses to extreme weather and other serious impacts. Even in a country as rich as the US, last year’s winter storm in Texas shows how degraded infrastructures and a lack of social supports can create tragic consequences, as the frequency and intensity of extreme weather increases. In the coming years, the phenomenon of the ‘climate refugee’ will be a huge question and the struggle against racist borders and immigration controls will become even more decisive than it is today.

The mistaken position that I once held and described at the outset was based a certain grain of truth. Capitalism does place short term profits first and will deplete resources and degrade the environment. As the polar icecaps melt, sea levels rise extreme weather takes a lethal toll, those in power will sit in corporate boardrooms and around cabinet tables and think up ways to profit from the frying of the planet. However, that is exactly why we must challenge their plans and win vital measures we need to survive, even if social transformation is the essential long term goal. Far from being and afterthought or a parallel initiative, the struggle against ecological disaster is the central question that all of our movements must address.