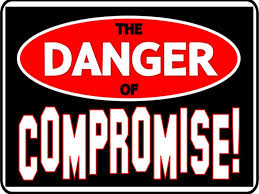 “With compromise sway we gave in half way

When we saw that rebellion was growing.”

Phil Ochs, The Ringing of Revolution.

In my role as Packer Visitor in Social Justice at Toronto’s York University, I teach a course in ‘Protest Movements and Democracy.’ In the class discussions, something constantly comes up that is very much connected to social resistance and the responses of those in power. That is their tactical use of compromise to give away relatively little in order to retain as much as possible. We think of the partial victories that working class movements win against employers and the state as advancing our interests and in many ways they do. However, our class enemies have generations of experience in making measured retreats that preserve far more of their advantages than is at first apparent. It is a side of the class struggle that is well worth considering.

Liberal democracy is a very compelling case in point. In most of the richest capitalist countries, at least, it has been possible to extend the formal right to vote very widely while leaving the class rule of the capitalists in place. Yet, the extension of the franchise in this way was by no means the original plan. In England, the parliamentarians challenged the feudal landed property owners but the institutions of government that they put in place were not intended to give working people any say whatever. During the English Revolution, in 1647, the Putney Debates saw the Grandees of the new order challenge the notion that democracy should be something those without property should be part of. In both the US and in post Confederation Canada as well, the initial representative institutions of the capitalist states were intended for the men of property only.

In the face of social mobilization and political challenge, a system of ‘representative democracy’ was improvised that gave the vote to working class men and extended it to women. Yet, in a thousand ways, the capitalists still dominate both the electoral process and the operations of governments. The ancestors of the present day ruling families doubtless felt that the ability of working class people to vote would prove to be their death knell. Yet, universal suffrage can exist in Canada side by side with a situation where the hundred richest have as much wealth as twelve million people. It is a remarkable testimony to the ability of those in economic power to grant concessions while preserving the essential elements of their dominance.

In North America, the late 1930s and the years immediately after WW2 saw explosive trade union struggles. In Canada, class battles like the Windsor Ford strike of 1945 shook the capitalist class and forced them to make substantial concessions. Unions were recognized by the big corporations and their demands were accepted to a much greater extent than in the past. However, the retreat was an entirely tactical one. Unable to prevail in an open conflict, the capitalists made sure that the concessions they made were brokered through a state that served their interests and structured in ways that met their needs to a huge degree.

While the years after WW2 saw strong unions and rising working class living standards, the class struggle was also largely tamed. A system of state run ‘labour relations’ was put in place that ensured that workers would only strike in order to win collective agreements with their particular employers and that, once this was obtained, would be legally prevented from walking off the job. The explosive, generalized struggles of the earlier period were curtailed. Moreover, when the post war period of compromise came to an end, in the 1970s, and employers and the state challenged union power far more brutally, the limited and tamed forms of struggle were continued. State regulated and bureaucratized, unions might rock the boat somewhat but have always stopped short of trying to sink it. To this day, while unions remain the most powerful organizations to advance the interests of working class people, they are simultaneously a barrier to the forms of struggle the present situation of crisis calls for.

The successful art of the tactical retreat under capitalism, usually involves a level of co-option for a portion of the population being offered the compromise. It may be a question of establishing a bureaucratic and privileged layer of gatekeepers who, in helping to police the compromise, develop material interests that are quite distinct from the great bulk of those they ‘represent.’ The trade union bureaucrat advances the interests of the union membership to one degree or another but, at the end of the day, is there to broker a deal. The agency official, who stands between the government and an immigrant community, is dealing in the limited concessions provided under official multiculturalism and may be as interested in restraining the grievances of that community as in giving expression to them. The Canadian Indian Act has created a whole layer of Indigenous representation with similar contradictions.

The concessions that are made to oppressed populations are also frequently delivered in such a way as to reinforce class based differences and privileges. The US Civil Rights movement won major reforms for Black people but the gains have been rationed along class lines. A large Black middle class has emerged and a thin layer of Black people have been allowed to play important roles in political life. The levels of income inequality along racial lines in the US, however, are as great as ever and police terror manifests itself in the lives of poor Black communities as brutally as it always has. The same considerations apply to feminist struggles and to those that have been waged against oppression based on sexual orientation.

On a global scale, we have seen titanic national liberation struggles rise up against the colonial empires and historic movements win independence for many countries. Yet, the imperialist division of the globe between oppressed and oppressor nations is every bit as real under the indirect rule of the hegemonic US as it was in the days when the sun never set on the British Empire. The ability of capitalism to give without undermining its capacity to take is one of its most remarkable features.

My purpose in making these points is most certainly not to suggest that working class struggles and movements of oppressed people have been in vain. Real gains have been won that have altered the balance of forces in society and we are all the stronger for them. However, the strategies of containment and compromise that those in power use against us need to be properly considered and countered. At this time of crisis, the dangers of this approach have never been greater. The killer of George Floyd in Minneapolis has been convicted as a result of a huge social uprising that forced the authorities to give him up. However, the effort to focus on the supposed ‘bad apple’ cop and to blunt the abolitionist demands of the movement are readily apparent.

The effort to prevent or divert movements of resistance with small or illusory concessions is underway on several fronts at the moment. We are promised a kinder, gentler capitalism that tackles poverty and inequality. As the climate and broader ecological crisis deepens, the art of ‘greenwashing’ is perfected by corporations and governments in an event to contain the struggle for climate justice. Relatively short term measures of economic stimulation are adopted to try and lift capitalist economies out of the pandemic induced slump. The effort is made, however, to falsely present these as harbingers of a new age of social peace and rising living standards.

This is a time to treat the compromises of capitalists and governments with a great deal of suspicion. When they offer us something, we must demand more. Above all else, we need to appreciate that the tactical retreat is invariably undertaken to prepare for a counter attack. Capitalism in crisis offers very few durable compromises and we need to understand that and act accordingly.