Conversation with a White Victim of Police Brutality 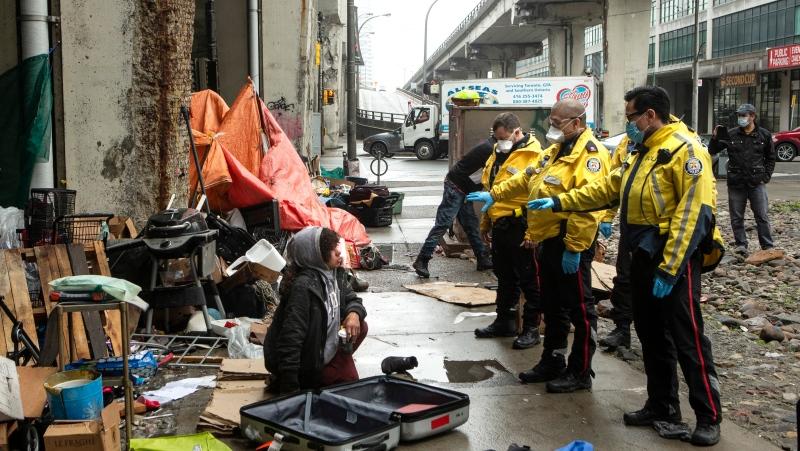 I just had a very interesting conversation with someone I have known for a lot of years, who has experienced homelessness in Toronto. He has faced a relentless daily persecution at the hands of the police that has frequently gone over to brutal treatment, sometimes taken to the length of severe beatings. He is now precariously housed and lives close to me and I bump into him once and while. Today, he brought up the subject of the Black Lives Matter protests and some confusion was clear in what he had to say. We had fairly long and useful talk that I know we’ll be resuming the next time we meet up.

This man, who I must make clear is white, was largely supportive of the protests and has a natural respect for anyone who takes on the cops. Sadly, however, he still had to ask, ‘Why does this have to be about race?’ and, of course, the inevitable ‘don’t all lives matter?’ came up. The cutting edge of his argument, however, was the undeniable fact that he is a white person who has been very seriously targeted by the cops over years of his life. So, we had the police brutality equivalent of a conversation about whether or not you can be said to enjoy white privilege if you are poor.

My counter argument was to set out the basic social control function of the police and to show how and why it is conducted in ways that are fundamentally racist. The police are the enforcers for a society that is based on exploitation and oppression and their typical day to day function is to patrol and control communities that they target because they see them as problematic and potentially restive. That means focusing on poor communities but, partly because poverty is heavily racialized but also because the police operate with the racist assumptions that this society has established, the social control function of the police is deeply and fundamentally racist in nature.

I suggested that he had most certainly experienced police brutality on a terrible scale but that this had happened not because he was white but in spite of it. Moreover, others in his situation who were Black or Indigenous would face an additional level of abuse, based on police racism. Knowing how many Indigenous friends he has, I saw my point had hit home so, moving in for the kill, I asked him tell me if the cops had ever targeted him because he was white. At this point, he tried a clever ruse and told me they had. However, when I asked him to elaborate he told me of being mocked because he was on the streets with Indigenous homeless friends, a kind of a ‘white trash’ argument. I countered this fairly easily.

I pointed out to him that Black people make up 8.3% of Toronto’s population but that 36.5% of those the police kill are Black and that, across the country, Indigenous people are ten times as likely to die at the hands of cops than white people. I argued that evidence like this shows clearly the huge role of racism in shaping the face of police repression. As a poor and homeless person,who has endured so much from the cops himself, but who happens to be white, he should feel a strong sense of solidarity with those who face their racism. Anything the present struggle does to cut the police budget or reduce their role in communities, will make people like him that much safer and the goal of abolishing the police is something he should cheer for.

The man I had this conversation with is no vicious racist but he reflected some ideas that are carefully spread to sow confusion and disunity and that do have some effect. Because I was able to speak to his experiences and because,when all is said and done, his own interests, as a poor working class man, are utterly in line with the Black Lives Matter struggle against the police, I know we had a useful conversation. However, it’s also important to understand that we won’t build a unity that’s worth anything by denying or downplaying how deeply and fundamentally racist the institutions of policing are in this society.

This was a small but, I thought, a highly instructive exchange that I had and I thought I would share it. The repression and intimidation that the police bring into the lives of poor communities is deeply racist, even if not all those who face it are racialized. In the broader struggles we face against other aspects of this oppressive and exploitative society, we can’t build united working class struggles without putting racial justice at the heart of them. To do that, we will have to confront, rather than pander to, illusions and racist baggage in our own ranks.