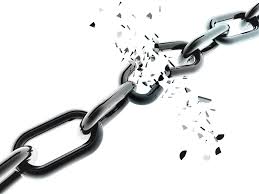 At a recent action to block access to the Port of Vancouver, taken in solidarity with the Wet’suwet’en and their challenge to the Coastal GasLink project, one person who addressed the crowd stated that, "We are back at the port because we know the only language these people understand is the language of money and capital. So we will communicate in the language that they understand at the Port of Vancouver." Those words express something very important that the present round of Wet’suwet’en solidarity struggles across Canada has driven home.

Indigenous resistance has frequently involved actions that inflict economic disruption and Indigenous communities are often well placed, along major highways or rail links, to engage in such forms of struggle. In the present round, though the lead has been given by Indigenous people, like the Mohawks at Tyendinaga and Kahnawake, many non-Indigenous allies have taken up similar forms of action, as they seek the means to show solidarity with the Wet’suwet’en and their fight against resource colonialism.

Whether the political leaders and the security state are able to contain the present round of resistance or not, it can only be seen as an historic prelude to even greater struggles in the period that lies ahead. Justin Trudeau may well be out of his political depth, as he deals with such levels of strife as we have seen in the last few weeks. However, though he auditioned for a less challenging part, he will just have to play a ‘rule of law’ character or move aside and make way for a new leading actor. This is because, the export of oil and gas to the Asian market, especially to China, is a strategic priority for Canadian capitalism that he is in no position to disregard. The pipelines this strategy requires may mean ugly and heavy handed colonialism, as they are driven through Indigenous territory. The dirty products they bring to market may compound the climate crisis to a disastrous extent. However, anyone who thinks that these considerations will stay the hands of fossil fuel profiteers, doesn’t understand very much about capitalism while anyone who thinks Justin Trudeau would place such concerns above the needs of those profiteers, doesn’t understand anything at all about the Liberal Party. It would take a fundamental defeat, at the hands of a powerful mass movement, to obtain such a huge concession from them.

Tricontinental: Institute for Social Research has undertaken an incredibly powerful and informative study of how the iPhone is produced. Raw materials and component parts are drawn from a range of international sites of super exploitation. The brutal restructuring of the global workforce, during the neoliberal years, along with innovations in science, technology and productive technique, allow for the creation of a marvellously fine tuned operation that can ruthlessly extract blood and sweat from those who produce the product. This global supply chain, of which the production of the iPhone is a powerful example, draws from such a wide range of sources of supply and has so little patience for unprofitable stockpiling, that it finds itself haunted by the ghosts of delay and disruption. The online trade magazine ‘Manufacturing Tomorrow’ tells us, with regard to the self-explanatory concept of ‘just in time inventory’ that, “Traditionally, raw materials and inventory of finished goods were considered assets. This notion has changed because of JIT and now inventory is considered as waste or dead investment, incurring additional costs.”

Those who profit from the supply chain or are paid to concern themselves with its well being, are quite aware of the Achilles Heel that comes along with this mechanism to intensify exploitation and massively increase profitability. Believe it or not, there is even a publication called ‘Supply Chain Management Review’ and it pays close attention to the risk of ‘disruptive events,’ real and potential, of the most varied kind. They are able to tell us that 2018 saw ‘a 370% increase in Protest/Riot events’ that stood in the way of finely balanced corporate enrichment.

In the early 2000s, when the Mike Harris Tories were in power in Ontario, a veteran of the 1945 Ford strike in Windsor told me that he had looked into the question of truck traffic, passing along the ‘NAFTA Highway’ and travelling into the US at the Windsor border crossing. He told me that a truck travelling between Montreal and Mexico City would encounter twenty one sets of traffic lights along the way and that nineteen of those would be in Windsor. I never confirmed his research and have no idea how things stand today but he was obviously correct that his home town was (and remains) a highly vulnerable bottleneck. I had this conversation not long after the Ontario Days of Action, a huge movement against the hard right Harris Tories that involved local general strikes and vast protest actions. Prior to being called off by the union leadership, this campaign put hundreds of thousands of people onto the streets. At the time, what this veteran trade unionist had to tell me brought home a sense that we were not acting upon an incredible opportunity to hit the architects and drivers of the neoliberal agenda where they were the most economically vulnerable. The events of recent weeks have set me thinking along the same lines all over again.

If the use of the political strike were linked to social action focused on severing the supply chain, we would have in our hands an incredibly powerful weapon. Their supply system is very finely tuned and the means by which it can be delayed or more seriously impeded are almost without limit. You can select key spots and hold them for as long as possible or you can employ ongoing short term actions at a range of sites that disperse before a major deployment of state forces is possible. Crowds of people can be used or convoys of vehicles can be employed. The movement of goods and services can be given priority over tactics that upset people trying to get home from work but have limited economic impact. It would need to be seriously thought through and taken up as a hard hitting campaign. The possibilities are almost endless.

I would suggest there are at least two prerequisites for economic disruption of this kind to prevail and obtain major political demands. Firstly, you need a movement that is large enough and strong enough to pull it off. It must happen on a big enough scale and continue over a long enough period that the cops they deploy against it are simply overstretched. Secondly, however, there must be a political orientation that is serious enough that escalation in the face of inevitable attack can be carried out. During the above mentioned Ontario Days of Action, the numbers were certainly there but I’m not sure that those leading the movement would have been ready for the implications of continuing to victory under such circumstances. The Wet’suwet’en solidarity actions we are seeing now, however, offer a glimpse of what is possible.

The attacks that have led to the resistance of recent weeks are not going to stop. On the contrary, they are going to increase, as extractive capitalism targets Indigenous people and intensifies the climate crisis and as the austerity driven assault on public services worsens. Our enemies are going for the jugular and, if we are going to respond in kind, their finely tuned and vulnerable supply chain is a good place to sink our teeth into.