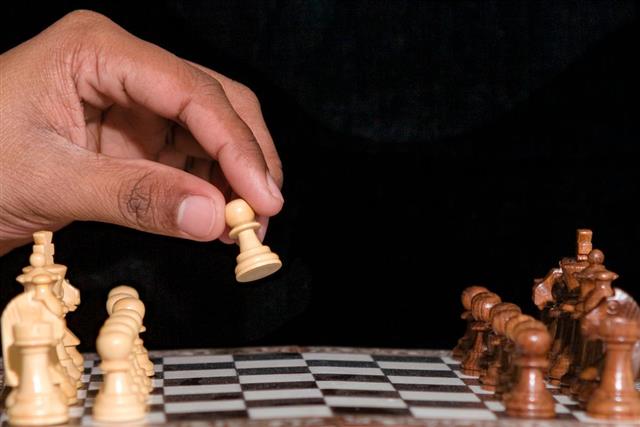 I have found myself at odds recently with some on the left who take what we might call the ‘geopolitical approach’ to assessing popular movements and working class struggles across the world. Those who take this approach seem to keep one list of places where social mobilization can be supported and another where taking to the streets is considered massively inconvenient, if not utterly impermissible. In countries on the first list, protests against austerity measures or price increases are heroic and point the way forward while similar activity in places on the second list must be considered the work of agents of the US State Department.

Now, I’m far from suggesting that reactionaries and devotees of the Washington Consensus never hold protests. We only have to look at recent developments in Venezuela and Bolivia to see that. However, this doesn’t mean that working class struggle can or should be declared off limits when regimes disliked by US led western imperialism face movements that express real social, political and economic grievances. Yet, there are those who feel exactly this way. Recently, I posted an article on my own Facebook page about the uprising in Iran that included a powerful photo of a street battle with police. One person responded with the comment ‘CIA’ and, not to be outdone, another added, ‘Mossad.’ I would suggest that, at very least, a somewhat more serious examination of the driving forces involved is called for before those taking to the streets can be assigned the role of puppets of western intelligence agencies.

In the present period, a veritable global rebellion is unfolding against the neoliberal order. In country after country, people have decided, after decades of austerity and exploitation, that they can stand no more. Different factors are sparking this social resistance and immediate demands and objectives may vary but the common thread is a sense that life has become intolerable and that mass action is a necessity. In this context, it becomes especially problematic to compartmentalize these uprisings and support or oppose them according to whether or not Washington and its allies approve of the political regimes people are challenging. I dare to suggest that international struggles may still require our solidarity, even if western media sources and governments are saying supportive things about them for their own rotten reasons. I’m going to argue that it is a profound mistake to subordinate the class struggle to a geopolitical chess game.

I fully understand that we live in a country that can be considered a junior imperialist partner of the US. We should always oppose Canadian military intervention and political interference on the world stage. Whenever the US and its allies look to increase their international ability to dominate and their capacity to exploit, we should be anything but neutral. However, this doesn’t mean that countries that are facing pressure and attack by imperialism are not themselves class divided societies or that the class struggle within them can or should be put on hold.

The US has moved beyond a focus on the war on terror and is now far more interested in ‘big power rivalry.’ That means that it seeks to extend its dominance over Russia and China and even sees Iran as a regional power of significance that must be overcome. This may mean that domestic unrest within those rival countries is seen by the US led west as a potential source of advantage. It is, therefore, not at all surprising that protests in Hong Kong, mainland China or Iran will get much more favourable coverage in the western media than resistance in client states of the western powers.

The British Empire operated as a global network of armed robbery and mass murder yet British political figures and those who shaped public opinion were always ready to point the finger at the wrongdoings of imperial rivals. The brutal oppression and exploitation that took place within the Belgian Congo was unquestionably conducted on a genocidal scale. However, British outrage at Belgian atrocities was highly selective in nature. Joseph Conrad’s famous novel ‘Heart of Darkness’ has often been regarded as a powerful indictment of colonialism but, in truth, Conrad ‘attacked Belgian imperialism and in the same breath seemed to praise the British variety.’ The cynical hypocrisy of Britain’s concern for the African victims of Belgian colonialism is clear enough and it deserved to be called out for what it was by the socialists of the day. On other hand, however, it would have been absurdly dreadful to have presented those resisting Belgian oppression in the Congo as pawns of the British Foreign Office and to have held up supportive editorials in The Times as proof of this.

Struggles that break out as part of the global uprising against neoliberalism confront governing powers that can be placed within one of three types with regard to their relationship to the US and its allies. Firstly, there are regimes that directly serve the needs of the Washington Consensus. The lackeys that have been put in power by the Bolivian coup fit into this camp. The repression they inflict on those who resist will be ignored, condoned or, at best, met with mild liberal disapproval by the western media. It’s very easy and necessary to support resistance in this setting.

Secondly, there are authoritarian and exploitative regimes that Washington is hostile to. I would consider China, with its world beating levels of inequality and its place as a site of super exploitation within the global supply chain, to fit into this category. I can only agree to disagree with the theorists of ‘socialism with Chinese characteristics.’ The repressive government of Iran is another such example. Washington has never been reconciled to the fall of the Shah and seeks to re-establish a similar kind of client state regime it can gain vast strategic and economic benefits from. Nonetheless, it isn’t only the the dark shadow of US imperialism that impacts the lives of people in Iran and, again and again, they rise up against a corrupt and brutal domestic regime that has its boot on their necks. In these situations, we have to rid ourselves of the notion that ‘the enemy of my enemy is my friend’ and place our emphasis on working class solidarity.

Thirdly, however, there is the most complicated situation of all. How do we relate to expressions of anger and frustration in the case of governments that do enjoy high levels of popular support and carry out significantly progressive and redistributive measures? Certainly, we must take our lead from movements rooted in the working class and oppressed populations within those countries. We can distinguish between right wing reactionaries in Venezuela and the legitimate expression of working class grievances by people who have no desire to be ruled by Washington’s puppets. Morales in Bolivia was not above criticism and did face progressive social mobilization. In 2017, disabled people calling for a state pension they could survive on, came to La Paz to demand a meeting with Morales. They were met instead with riot cops, tear gas and water cannons. I attended a disabled peoples’ international solidarity summit over in London last year and met two of the magnificent comrades who organized this brave action. Yet, when I posted the account of their struggle on social media, I got several responses accusing these disabled activists of being Washington’s stooges and one person went so far as to question whether they might be faking their disabilities. I have no doubt these comrades are today fully active in opposing the coup regime but the demands they put before Morales and the actions they took were fully justified. They simply didn’t see why they should accept social abandonment under his government as their ‘anti-imperialist’ duty.

Writing in 1916, Lenin noted that social upsurges represent ‘an outburst of mass struggle on the part of all and sundry oppressed and discontented elements’ and pointed out that the participation of such varied sections of the population means they will ‘bring into the movement their prejudices, their reactionary fantasies, their weaknesses and errors.’ The present global uprising is also a somewhat messy affair, with a host of contradictions and complications. No doubt, the State Department tries to intervene in the course of events where it can. Certainly, reactionary elements are present and seek to assert their influence. Under such conditions, those who expect fully rounded demands along with faultless tactics and organizational form will be severely disappointed.

At root, however, the present global uprising reflects a deep seated anger at the exploitation and oppression that the neoliberal era has inflicted on countless millions of people across the world. The general weakness of the left, after decades of this brutal agenda is, indeed, a political factor of some seriousness. As the post 2008 sluggish ‘economic recovery’ goes over to a global slump, the question of how to evaluate and relate to the explosive social movements that flare up will be a litmus test for the political relevance of the political left. Those who try to operate with a preconceived list of places where social resistance is unwelcome will most certainly fail that test.