SOCIAL STRUGGLES IN THE FACE OF THE PANDEMIC 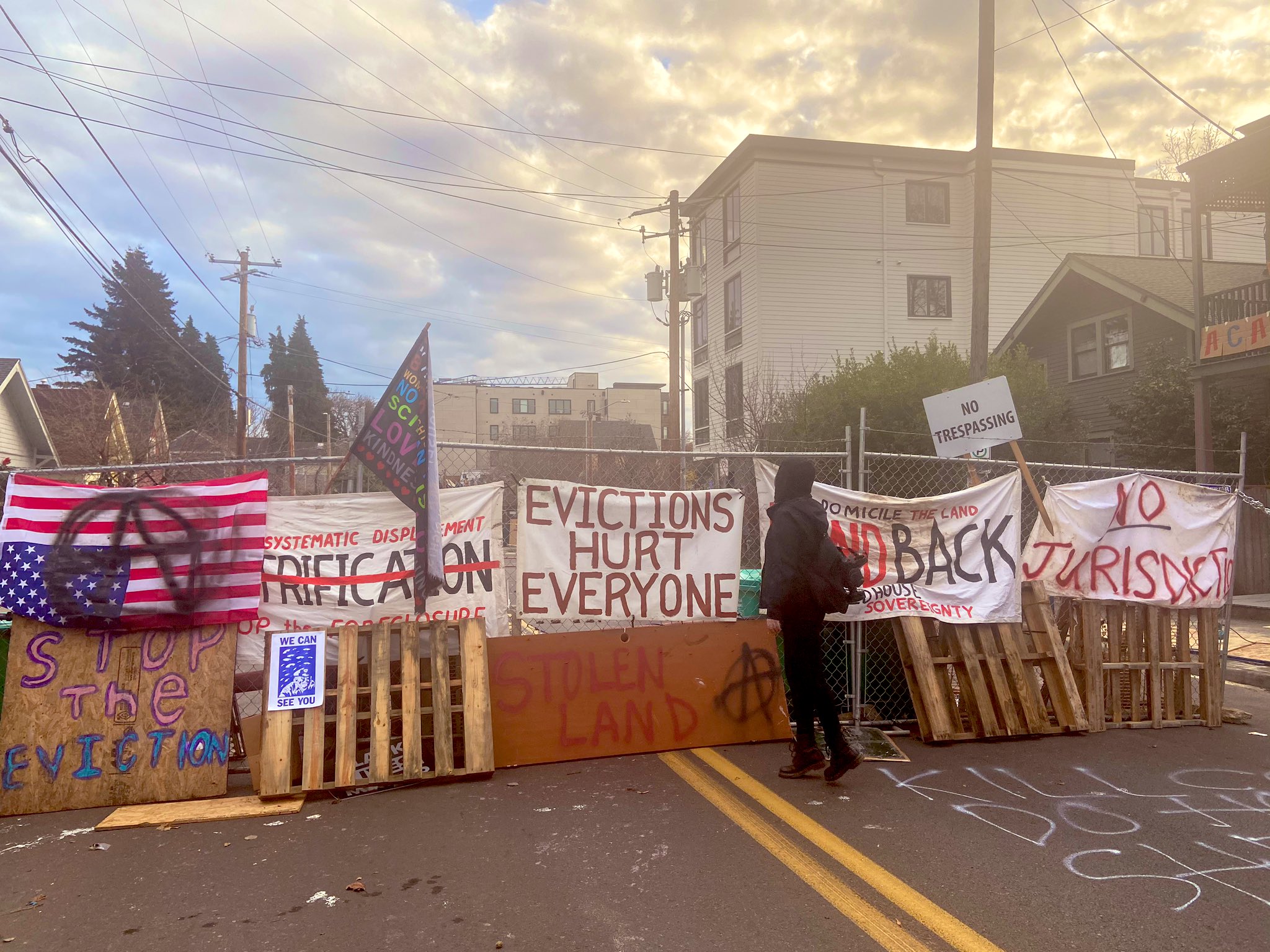 In my role as Packer Visitor in Social Justice at Toronto’s York University, I’m working on a series of online panel discussions, to run in February and March, that will address ‘Social Justice Movements in the Changed Reality of the Pandemic and Beyond.’ Along with speakers from the US and India, I’ll be presenting at the first panel. Here is an outline of the talk I'll give on ‘Responding to the Crisis Unleashed by the Pandemic.’

It became quite a prevalent theme on social media, during 2020, to suggest that this particular year was a horrible aberration and that its passing would be a major blessing. As the second wave of the pandemic rages, young people in Tunisia take to the streets in rage and desperation and the political reverberations of a latter day Beer Hall Putsch in Washington play out. We may have good reason to doubt the prospects for increased stability during 2021.

The official discourse tries to push the line that we are going through an unanticipated rough patch but that a return to normality and tranquillity is to be expected in the reasonably near future. The culprit in all this, it’s suggested, is a mysterious pandemic that came out of nowhere and caused no end of problems, including unavoidable economic dislocation. I think it necessary to challenge and utterly reject this implausible view of what is unfolding.

In my view, the period we are passing through is not a temporary disturbance but, rather, it represents an intensified expression of a series of interwoven crises generated by the capitalist system. There is, moreover, every reason to expect that these conditions of crisis have not reached their peak and that they will not be resolved without very major political, social and economic changes that will only be attained with enormous social struggles.

Far from being a development that no one saw coming, the pandemic is itself very much an expression of capitalism’s path of development in the 21st Century. A UN biodiversity panel has concluded that ‘The same human activities that drive climate change and biodiversity loss also drive pandemic risk though their impacts on our agriculture.’ It suggests that “unsustainable exploitation of the environment through deforestation, agricultural expansion, wildlife trade and consumption’ are creating the threat of more and possibly deadlier pandemics after COVID-19. The report candidly suggests that humanity has entered the ‘Pandemic Era.’

Those who draft reports for the United Nations, however alarming their findings or troubling their conclusions may be, are under an obligation to preserve a minimum of polite fictions. The report, therefore, pins the blame on a nebulous entity called ‘human activities.’ Yet, it is very clear that the Pandemic Era has been ushered in by a very specific form of human activity directed towards the maximization of profit without regard to ecological or biomedical consequences. Limited in this way, the report can only be a bleating voice of futile conscience. The findings have not been suppressed but there is no reason to expect that they will be acted upon. To do so would require fundamentally different approaches to agriculture and food production that would be at odds with those developed under capitalism. That being so, we struggle through this pandemic with the near certainty that others will follow it hanging over humanity as an unresolved question.

The pandemic is seen as the factor that unleashed an economic crisis but it is actually more accurate to say that the spread of the virus greatly accelerated and intensified a global economic downturn that was already unfolding. As the economist Michael Roberts has explained,

“Thus, the world economy was heading into a slump in 2020, anyway. The pandemic was the trigger to speed that up—and deepen it. You could think of the coronavirus as the tipping point in this scenario; it could have been something else. In that sense, the pandemic is not some exogenous shock but actually integral to the crisis.”

The Great Recession of 2007-2009, was followed by a period of incredibly sluggish recovery that was already giving over to a global downturn by the time the first people contracted COVID-19. For a time, the neoliberal effort to counter the tendency of the rate of profit to fall had been partially successful but it came to grief long before the pandemic struck. This means that the deeper malaise that has beset the global economy will persist once the pandemic has subsided, as will the ‘economic scarring’ effects of the present brutal period. Again, the attempt to explain everything away on the basis of a short term public health crisis is simply at odds with reality.

It is impossible to overstate the unfolding impact of the pandemic triggered crisis and the degree to which it is threatening human life and imposing hardship on people across the world. Oxfam reports that

“Combined with ongoing conflicts, spiralling inequality, and an escalating climate crisis, the pandemic has shaken an already broken food system to its foundations, leaving millions on the brink of starvation.”

The UN speaks of famines of ‘biblical proportions’ and warns of an 82% increase over 2019 in the number of people facing ‘crisis level hunger,’ taking the total to a horrifying 270 million. Again, the impact of COVID-19 has been dreadful but it has compounded, rather than created, the problem of hunger in the world.

In the world’s richest country, the United States, millions have been forced to turn to food banks for the first time in their lives to stave off hunger. In the meantime, a devastating wave of evictions will mean loss of housing for unheard of numbers, with some estimates suggesting that up to 40 million are at risk. Here in Canada, the impact has driven up the levels of economic and social inequality and, as elsewhere, the burden of exposure to the virus and the economic pain that has come with it, has played out along entirely predictable lines drawn by prevailing racism.

In order to properly consider the enormity of the combined crises we face, we must, of course, acknowledge the vast ecological disaster that capitalism has created and continues to exacerbate with a destructive irrationality that defies belief. The effects of this grow ever more harmful and disruptive, even as the evidence mounts that very much worse is still to come. The harsh reality is that, even if the pandemic could be magically eliminated and the economic downturn reversed, the horrible results of the profit driven failure to develop a sustainable relationship with the planet would loom over us as a guarantee of deepening crisis and as a threat to our very existence.

The promotion of the incoming Biden administration is, arguably, the most clear cut example of the prevailing ‘light at the end of the tunnel’ message. Yet, rather like the overblown hope that vaccines will get us all back to normal in short order, optimism regarding the return of a measure of decorum and rationality to the White House is misplaced. However much the progressive credentials of the new regime are proclaimed, Biden, with the support of the bulk of the capitalist class and the grandees of the state, has been put there to restore credibility and good order to the affairs of empire. This is particularly true when it comes to big power rivalry and global domination.

Forced to address the devastating failure of Trump to contain the pandemic, Biden will undoubtedly chart a more prudent course. Yet his efforts will be to limit the spread of the virus to the extent necessary to prevent jarring economic dislocation. As Rob Wallace has shown, he will still not put public health ahead of profits.

Biden’s attempts at economic stimulation are being given very favourable coverage in most of the media and have raised a lot of hopes. However, in examining these plans, Michael Roberts points out that their scale is overstated and that such measures offer limited prospects in a situation that is dominated by reluctance to invest. The chief global strategist at Morgan Stanley, though he wouldn’t share Roberts' view of the significance of the law of the tendency of the rate of profit to fall, also thinks that stimulatory investment is more likely to go into financial speculation than productive activity. In any case, immediate measures that may be taken in response to acute crises of public health and economic dislocation, in Canada as in the US, don’t signal the death of austerity, much less a sustained flow of Keynesian policies.

The return to power by the neoliberal centre in the world’s most powerful country doesn’t point to stability or greater levels of prosperity. The same political approach, when it was taken by Obama, created the seething anger and polarization that opened the door for Trump and the growth of the right. Biden, operating under conditions of much more severe crisis, will not contain that process but will deepen it. Biden will not stem the growth of the right nor, we may ardently hope, will he be able to keep the lid on working class struggle and popular resistance.

The severity of the present set of crises is enormous and we are only at a relatively early stage in their development. Already, however, it is possible to note that the period is not one that shows a lack of combativeness on the part of those who are facing the impact. The social explosion that followed the police murder of George Floyd in Minneapolis was startling. The uprising of workers and farmers in India against Modi’s laboratory of neoliberalism has been vast and historic. Now, a decade after the Arab Spring, Tunisia sees a movement on the streets, raising new possibilities.

In a country like Canada, we have gone through long decades of neoliberal attacks on past working class gains and the social infrastructure. Yet, though there were periods of quite sharp attack, the regressive process was relatively incremental and, in this situation, the codes of regulated class struggle that were adopted in the post war period remained largely intact. It has not been a time of ubiquitous and massive social resistance. The period that follows the onset of the pandemic is likely to be different. The ‘fiscal activism’ of governments should not be exaggerated. Capitalism faces deep crises and attacks on workers and communities that impose solutions at their expense are to be expected and are already being seen.

This is a time of huge volatility. Hundreds of millions of people face considerable hardship and huge uncertainty in their lives. Already, there have been social explosions and uprisings and very much more is to come. The view that we are passing through temporary difficulties that will soon end is not credible. The question of who will pay for these crises has to be resolved in struggle. We will need rejuvenated unions, mass social movements, fighting demands, bold tactics, and political formations, rooted in those struggles, that are capable of advancing radical and transformative alternatives. More starkly than ever, the old world, with no lack of morbid symptoms, is dying and the birth of the new is an urgent matter.