THE INTENSIFICATION OF AUSTERITY 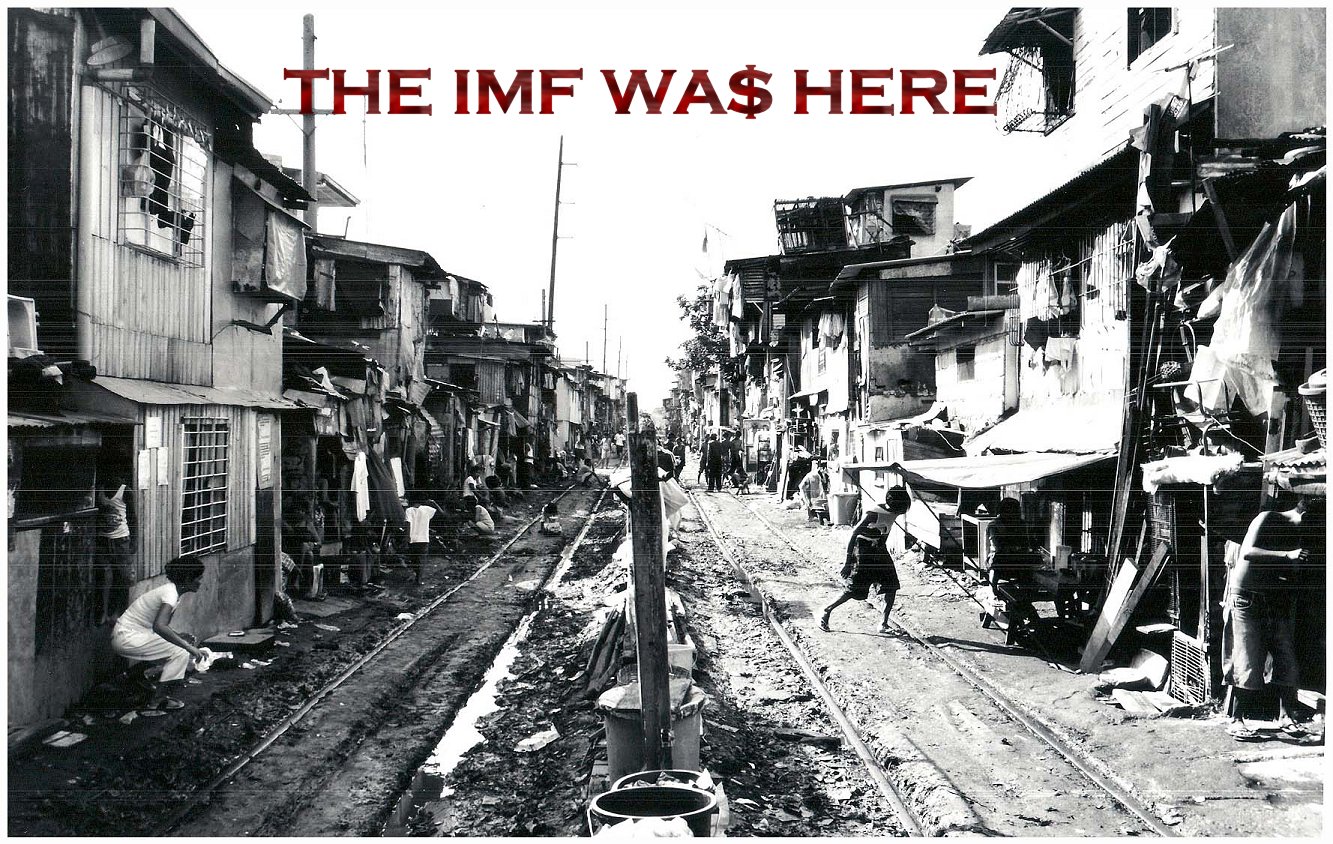 End Austerity: A Global Report on Budget Cuts and Harmful Social Reforms in 2021-25,’ written by Isabel Ortiz and Matthew Cummins and endorsed by twelve trade-union bodies and NGOs, offers compelling evidence that ‘the world faces a severe austerity pandemic.’ In order to demonstrate this, the authors painstakingly consider ‘the incidence of budget cuts based on IMF projections in 189 countries until 2025.’ They also review ‘the latest 267 IMF country reports to identify the main austerity measures being considered by Ministries of Finance and the IMF in each country’ (p.ii).

The ‘unprecedented human and economic crisis’ (p.5), unleashed by the pandemic, forms the backdrop for this emerging assault of austerity. The report warns that an intensified repetition of the kind of measures that were adopted post-2008 is developing. ‘Current estimates indicate that 134 countries contracted their budgets in 2021 in terms of GDP’ and, what is worse, ‘the average contraction appears much bigger in 2021 than in earlier shocks – 3.5% of GDP in 2021 versus 2.4% in the 2010-11 and 2016-17 periods’ (p.9).

Furthermore, this ‘policy approach is being implemented at a time when many parts of the world are experiencing new surges of COVID-19, economic growth is stagnating or turning negative [and] food insecurity is at an all-time high’ (p.10). The report shows that austerity measures had an impact on some 6.3 billion people in 2021 and, by next year, they will affect 6.7 billion or 85% of humanity (p.11).

The authors reveal that, currently, ‘51 governments are projected to be spending less in 2022-23 than in 2018-19, by an average of 4.1% in terms of GDP’, and some of the most impoverished countries, including Sudan and Yemen, are operating with budgets that have been reduced by more than 25% (p.14).

The report goes on to show how governments ‘worldwide are currently considering or implementing eleven types of austerity policies that have negative social impacts on their populations, especially hurting women’ (p.16). It suggests that: ‘Austerity has become the “new normal”, an IFI (international financial institution) strategy to minimize the public sector and the welfare state – and support the private sector’ (p.22).

‘Targeting and rationalizing spending on social assistance and welfare is the main policy channel to contain overall expenditure, considered by 120 governments’ (p.27). Measures of this kind have often been ‘implemented by slashing child and family support, programs for women, the unemployed, the elderly and persons with disabilities, targeting scarce resources to only a portion of the extreme poor’ (p.27). Though ‘the IMF does not have expertise on social policy’ (p.24), it has a long history of furthering the gutting of universal social programmes and their replacement with only the most minimal forms of social protection for the very poorest people.

Initiatives to ‘cut the public-sector wage bill are widespread across the globe, under consideration by 91 governments in 27 high income and 64 developing countries’ (p.32). The disastrous impacts of undermining public services and impoverishing the workers who deliver them are clear. ‘For example, in rural areas and urban slums where poverty is prevalent, a teacher or a nurse can be the deciding factor over whether or not a child has access to education and health services’ (p.33).

In dozens of situations, ‘IMF country reports advise to reduce food subsidies, agricultural subsidies, fuel, electricity, gas and other subsidies’ (p.35). The report notes, in this regard, that if ‘basic subsidies are withdrawn, food and transport costs increase and become unaffordable for many households; additionally, higher energy prices also tend to contract economic activities and cause unemployment’ (p.36).

The IMF country reports vaguely refer to ‘SOE or public enterprises reforms’, but this formulation disguises the fact that ‘privatization is being considered by 79 governments worldwide’ (p.39). IFIs like the IMF take the view that ‘privatization promotes efficiency and short-term fiscal gains [but] they also frequently lead to job losses and wage cuts for workers as well as higher prices and lower quality for consumers’ (pp.39-40).

The report finds that ‘74 governments in 55 developing and 19 high income countries’ are developing plans to ‘reform’ old-age pensions. Yet, ‘the adoption of drastic cost-saving measures without adequate consideration of their social impacts’ is already ‘increasing old-age poverty’ (p.42), with particularly dreadful results in poor countries.

The undermining of workers’ rights, described as ‘flexibilization’, is another major element of the developing attack. Measures that many governments and IMF planners are refining include ‘restraining the minimum wage; limiting salary adjustments; decentralizing, limiting or eliminating collective bargaining; increasing the ability of enterprises to fire employees; and making it easier to hire workers on temporary/atypical and precarious contracts’ (p.49).

Incredibly, with the pandemic still unfolding and the impacts of the cost-of-living crisis taking their toll, plans to cut healthcare spending, even in the poorest countries, are being developed. ‘Typically, health adjustment measures include increased user fees or charges for health services, reductions in medical personnel, cost-saving measures in public healthcare centers, discontinuation of allowances, phasing-out treatments and services or increased co-payments for pharmaceuticals’ (p.50). The intensification of such measures in the present context would be an act of mass social murder.

In some 86 countries, many of them very poor, there are also discussions underway on the levying of additional consumption taxes, to drive up the costs of the most basic and necessary items. ‘The primary danger of this approach is that it is regressive, weighing proportionally more on lower income households given that they consume a larger share of their income than richer ones (thereby) exacerbating existing inequalities’ (p.52).

In dozens of countries, the IMF is pressing for the proliferation of ‘private public partnerships,’ under which financial incentives are provided to capitalist interests to take over the delivery of public services and the creation of infrastructure. Yet, such ventures ‘have a much larger cost to the public budget and citizens end paying more, as private companies add profits, have much larger transaction costs, higher costs of capital, and private operators tend to charge higher prices to users’ (p.56).

Finally, in 28 countries, discussions are underway on the strategy of driving up fees and tariffs for public services. ‘This may lead to goods and services being unaffordable for populations, which is particularly critical in the case of water, education, health, energy, transport and other essential services, all of which underlie the realization of human rights’ (p.58).

This report offers a detailed and enormously revealing study of the still dominant international agenda of austerity, and the role of the IMF in imposing it on long suffering populations. Though it diagnoses the malady with great precision, however, it is far less capable of coming to terms with the prospects for a cure.

First of all, the authors seem convinced that the class-war methods of cutbacks and intensified exploitation that they deplore are simply so many bad choices that have been made by governments, under the influence of malevolent IFIs. Having set out the nature of the attack that is unfolding, they simply assert that: ‘Some argue that austerity cuts are an unavoidable necessity. This is not the case. There are alternatives, even in the poorest countries. There is no need for populations to endure adjustment cuts: instead of cutting public expenditures, governments can increase revenues to finance a people’s recovery’ (p.60).

Alternatives to the brutal plans that the IMF and its allies are hatching should certainly be advanced, but the problem with the report’s approach is that the dominant agenda of austerity is seen as simply a bad option that could equally well be rejected in favour of one that offered greater levels of equality and social inclusion. There is no consideration of the contradictions within capitalism that have led to the present conditions of social and economic crisis, which form the backdrop for the present intensifying attack. It is simply assumed that a Keynesian round of deficit financing and economic stimulation is as valid an option in the global context of 2022 as it was in the years following World War Two.

Hence, the ‘people’s agenda’ that the report advocates is not a set of measures that would have to be imposed on reluctant governments and hostile institutions of global capitalism by mass struggles. Rather, it can be ushered in by ‘discussing publicly any budget cuts and possible options, negotiating agreements transparently with input from a range of stakeholders including trade unions, employers and civil society organizations, through national social dialogue, an essential tool of good governance’ (p.66).

The great volatility of this period has, to a significant degree, forced hasty improvisations that have involved significant stimulatory spending. The pandemic made such a turn absolutely essential for a period and other such shocks may have a similar result. However, as the ‘End Austerity’ report firmly establishes, the effort to impose the burden of the present crisis on working-class people, through social cutbacks, privatisation and attacks on workers’ rights, remains a defining feature of global capitalism. This is not a period of relative social compromise but of greatly intensified class struggle.