THE ONTARIO ELECTION: HOPES AND REALITIES 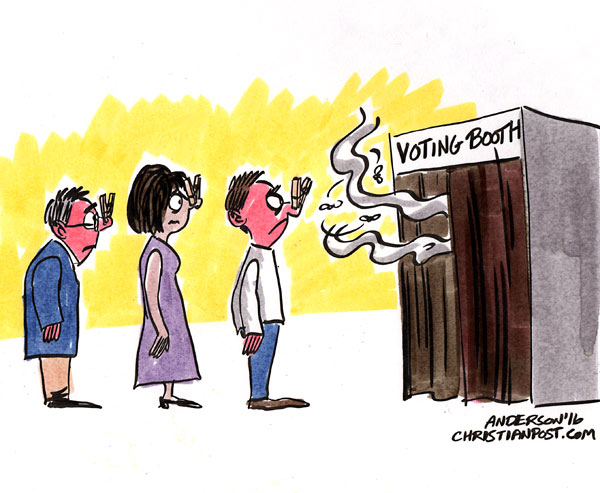 There’s some doubt over who first suggested that if elections could change anything they’d be made illegal. While it is certainly an overstatement, this embittered witticism does contain a significant grain of truth. Elections generate intense interest and great hopes but, even when they lead to changes in government, the prevailing political agenda proves remarkably durable and the promises that were trumpeted on the campaign trail translate into very meagre results.

So it is with the Ontario election that will be held on June 2. That’s not to say its outcome should be a matter of indifference, but it would be totally unrealistic to imagine that any of the possible results of the contest would spell the end of the attacks on workers and communities that define the present period. Regardless of whether election day produces the worst result or the best we could hope for, the need for much stronger unions and large-scale social action will remain pressing and unavoidable.

The next Ontario government is going to operate in a context of worsening economic and social crisis that has its local particularities but is decidedly international in character. The supposedly short-term supply shocks that created inflationary pressure have given way to a full blown cost of living crisis that has been severely compounded by the Ukraine conflict. An extended period of so-called stagflation is now very likely. At the same time, the purported cure of rising interest rates threatens to generate a major recession. Indeed, Deutsche Bank has suggested that “a deep recession will be needed to bring inflation to heel.” These are the factors that will shape the political life of Ontario after June 2 and impact the lives of working class people.

The election campaign got underway with the Doug Ford Tories registering a significant but not invincible lead in the polls. The Liberals have recovered from their shattering defeat in the last election to the point where they are back in second spot and the NDP has returned to its more normal third place. These are volatile times and a major upset is always possible, but at this point a second term for the Tories appears highly likely.

The political operation led by Doug Ford certainly constitutes the regime of choice for those in Ontario who will profit from an unjust recovery in the wake of the pandemic. Though a major public health crisis has posed unexpected challenges for the Ford Tories, their commitment to an “open for business” approach has never wavered. Public health care is in dire trouble and an assault on public education is unfolding. Workers and communities would certainly face very major attacks under a second term Ford government.

Meanwhile, the Liberals are engaged in their customary effort to present themselves as the party of progressive moderation. They are looking for ways to appear innovative and responsive to social needs without unduly upsetting the vested interests they will dutifully serve if they take office. Their plan for a “regionally adjusted living wage” is a clear example of their standard strategy of putting a progressive spin on the prevailing regressive agenda.

In my years as an organizer with the Ontario Coalition Against Poverty (OCAP), I dealt with provincial governments led by each of the major political parties and I went through eight Ontario elections. These experiences have only reinforced my conviction that we spend far too much time forensically studying election platforms that have little to do with the actual conduct of elected governments. And having organized in poor communities during the Bob Rae years, I can’t give the NDP a pass.

I don’t dispute that the NDP is proposing measures that, if implemented, would be beneficial, and some of them are in response to demands that have arisen from the dire conditions facing workers and communities. However, the party’s orientation to the political centre means that it cannot sufficiently differentiate itself from the Liberals. Just as, at the federal level, the NDP has agreed to keep the Trudeau government in power, so in Ontario, the notion of a working alliance of moderate forces against a common Tory enemy is seriously advanced.

That a party of social democracy, which is supposed to represent the interests of working class people, has failed to put very much political distance between itself and a leading political representative of big business, sadly means that a fighting left electoral alternative is lacking in these volatile and uncertain times.

After three years of frozen benefits and, in midst of the present round of soaring inflation, the hundreds of thousands of people living on social assistance are in a situation of impossible hardship. Yet, it took considerable pressure and the threat of being outflanked on the left on this issue by the Green Party, to get the Ontario NDP to promise a meaningful increase in the rates.

Advocates and activists correctly diagnosed the NDP’s initial effort to avoid serious action on social assistance as being driven by the tired old effort to compete for votes at the political centre, rather than represent the interests of poor and working class communities. However, as former NDP MPP and the party’s outgoing critic for poverty and homelessness, Rima Berns-McGown, put it, “what happens when you try to do that is that you please nobody. If people want to vote for Liberals, they’ll vote for Liberals.”

This is a very instructive example and it is worth noting that this is only a question of a promise on the campaign trail that is unlikely to be put to the test. If, against all odds, the NDP did form the next government, it would be hard to imagine major social assistance increases actually being implemented without communities in poverty and their allies taking to the streets to demand that the electoral promise be kept.

We head into this election with the Tories as the front runner and the Liberals having regained their place as the leading political rival. The NDP has little prospect of any major breakthrough and still poorer prospects of taking office. It will take more than adding a few slightly more progressive and somewhat bolder pledges to disseminate during campaigns to constitute a viable political alternative.

The sad probability of a second term for the Ford Tories is not looming over us because of any lack of anger among workers and communities in Ontario. Ford is likely to win by default because the sense of hope and possibility that could galvanize support for a political alternative to his right wing leadership is lacking. The grim truth is that, after more than two years of pandemic, under harsh and worsening economic conditions, the spirit of working class resistance is ailing. The ability of a favoured party of big business, led by a reactionary buffoon, to dominate the electoral scene is symptomatic of that malaise.

Elections are important and this one is particularly significant. In the current period, however, a preponderant focus on electoral politics is misplaced. We need rejuvenated powerful unions and a strong sense of unity and solidarity among communities under attack. Such a social mobilization would actually generate the conditions where a serious left electoral force could make enormous gains.

We are not entering into this election with the combative movements or the clear left alternative that are required, but one thing is clear: whatever the results on June 2, the need to organize, mobilize and fight back will remain no less urgent.