COULD ISRAEL BECOME A LIABILITY FOR ITS WESTERN SPONSORS? 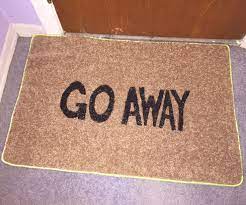 The creation and preservation of the State of Israel represents the unfolding of two agendas. On the one hand, driven by the nationalist ideology of Zionism, there is the goal of dispossessing and replacing an indigenous population. On the other hand, however, this settler colonial project has to serve the interests of its major imperialist sponsors as an armed garrison in the Middle East that advances their aim or regional domination. The ‘founding father’ of Zionism, Theodor Herzl, entirely understood this when he wrote, in 1896, that the ‘Jewish State’ he proposed would be ‘be a sector of the wall of Europe against Asia, we shall serve as the outpost of civilization against barbarism.’

Over the generations, Western political leaders have frequently echoed the idea that Herzl put forward. Before the creation of Israel, during the period of the British Mandate, the governor of Jerusalem Sir Ronald Storrs wrote of ‘forming for England a little loyal Jewish Ulster in a sea of potentially hostile Arabism’.

Former Canadian Prime Minister, Stephen Harper, stood before the Israeli Knesset, in 2014, and declared Israel to be ‘a light of freedom and democracy in what is otherwise a region of darkness.’ In 2020, while she was still Canada’s foreign affairs minister, Chrystia Freeland spoke of Israel as a democratic ally in ‘a dangerous neighbourhood.’ Joe Biden has long standing credentials as a champion of the Zionist state. He declared in the US Senate, in 1986, that:

"It's about time we stop apologising for our support for Israel. There's no apology to be made. It is the best $3 billion investment we make. If there weren't an Israel, the United States of America would have to invent an Israel to protect her interests in the region."

Israel’s political leaders also understand that this is the only basis on which their settler project can be maintained. In 2016, while he was Education Minister, Naftali Bennett, gave an interview to The Times of Israel. In it, he stated,

If there’s any source of discord in this reciprocal arrangement, it lies in the fact that the aims and objectives of a settler colonial project may not always stay within limits that the imperialist backers find suitable. The implementation of an agenda of dispossession, such as the one that is unfolding on the stolen land of Palestine, can become exceedingly ugly. The anti-Zionist Israeli scholar, Ilan Pappé, has explored the form that racism takes under settler colonialism. He notes that many of the first Zionist settlers were surprised to find that the ‘land without people’ notion was false but they rapidly came to regard the indigenous population as despised usurpers. This set the tone for a settler society whose hatred for those it dispossessed would increase with every injustice it inflicted on them.

After Israel’s establishment in 1948, the Western powers that armed and nurtured it took great pains to conceal the reality of colonial dispossession and to present their valued garrison as a beacon of democracy. After Israel took control of a much larger Palestinian population, in 1967, things became more complicated but a cynical ‘peace process’ was kept alive over many decades to create an ongoing impression that a just settlement would one day emerge. There was, however, no intention that this would ever really happen, as Gideon Levy has argued.

Within the whole of historic Palestine, there now exists settler and indigenous populations of approximately equal sizes. (Though the millions living in forced exile outside of Palestine must be taken fully into account). If the pretence of a negotiated division of the territory can no longer be sustained, then all that is left is the undeniable reality of an apartheid state, with the indigenous population clearly living under conditions of oppression.

It is not, however, simply that the clock has run out on polite fictions and democratic myth making. The Zionist project and the ideology that sustains it, have lives of their own. The ‘facts on the ground’ of illegal settlement in the occupied territories, populated by a core of unspeakable fanatics, have created an ever more brutal occupation. Israeli society as a whole has moved sharply to the right. It’s Prime Minister openly declares that Israel is ‘the national state, not of all its citizens, but only of the Jewish people,’ despite the fact that some 20% of the citizens of the state are Palestinian.

Recent weeks have seen the drive to ethnically cleanse Sheihk Jarrah in East Jerusalem and this has been reinforced with brutal state repression. At the same time, as an horrific and murderous attack on Gaza unfolded, mobs of racists roamed through cities within Israel chanting ‘Death of the Arabs.’ It is entirely true that racist colonialism is common to the whole political spectrum within Zionist ideology. Left and right disagree, at root, only on how best to establish a secure settler state and deal effectively with the ‘demographic problem’ that confronts it. The issue, however, is that the overt racism that defines this rightward trajectory and the ever uglier brutality of an apartheid regime that has run out of pretences, is now creating a problem for the Western sponsors. There is real concern in high places about what Israel has become and even more about what it is becoming.

For the Biden administration, it is especially unfortunate that Israeli Apartheid is getting so much uglier just when an effort is underway to make US imperialism look prettier. After the nasty shock of the volatile and erratic Trump, the US establishment very much wants to repair its ‘global leadership’ role and present itself as the leader of a ‘democratic’ alliance prevailing over ‘authoritarian’ rivals like China and Russia. In this climate of restored ‘human rights imperialism,’ Israel is getting harder and harder to present as a regional steward of democratic values.

Both the Israeli human rights group, B’Tselem, and the highly respectable Human Rights Watch, have now used the word ‘apartheid’ to describe what Israel has imposed on the Palestinians and they have both made clear that this refers to those who live within the 1948 borders, as well as those under post 1967 occupation. The accusation is now being hurled by commentators with mainstream credentials and from within the legislative bodies of the United States. Divisions within the Democratic Party are opening up and unconditional political and military support for Israel is being questioned.

I’m far from suggesting that Israel’s Western backers are about to desert their enforcer in the Middle East but tensions are emerging that are highly significant and that pose major questions about the road ahead. It should be pointed out, however, that it is Palestinian resistance and international solidarity with it that are decisive in this regard. The striking thing about the recent upsurge by Palestinians is how it brings together the threads of their struggle. ‘..for the first time since 1948, it is all of historic Palestine that has arisen, at the same time, politically, for itself.’ Beyond even this, ‘..hundreds of Palestinians and Arabs in Jordan and Lebanon are attempting to cross – for the first time in three generations – the occupied border with Palestine.’ Clearly, the only future for the Zionist state, for as long as it can be sustained, is one of escalating repression, periodic atrocities and a regime that rests on a settler population that has descended to the level of a lynch mob. The West’s guarantor of regional stability appears to have stability issues of its own.

Palestinian resistance, moreover, is being supported by an outpouring of international solidarity. ‘The largest pro-Palestine march in British history’ just took place and there has been a wave of protests across the world. Dockworkers in Italy and South Africa have refused to load or unload Israeli ships. Nor is there any doubt that struggles for racial justice are forging links with Palestine solidarity and deepening the understanding of the racist nature of the Zionist colonial project. Broader public opinion in Western countries continues to move further and further away from support for Israel and its crimes. The Zionist claim to speak for Jewish people in general becomes ever harder to put forward with any credibility. Former Israeli ambassador to Washington Ron Dermer has even suggested that right wing Christian evangelicals in the US are a better source of support for the Zionist cause than the country’s politically divided Jewish community.

As a garrison of Western interests, Israel survives by way of a lifeline from the Western powers that sustains it economically, militarily and politically. The problem is that Herzl’s ‘outpost of civilization’ is on a nightmarish course that, in the face of Palestinian resistance, can only be maintained with appalling levels of repression and state violence and an ideology of overt racism that threatens regional and international stability. In such a situation, with a powerful and disruptive movement of international solidarity demanding that the lifeline of support be cut, conditions could emerge where a strategic asset became too great of a liability to sustain.