THE GOOD THE BAD AND THE LESSER EVIL 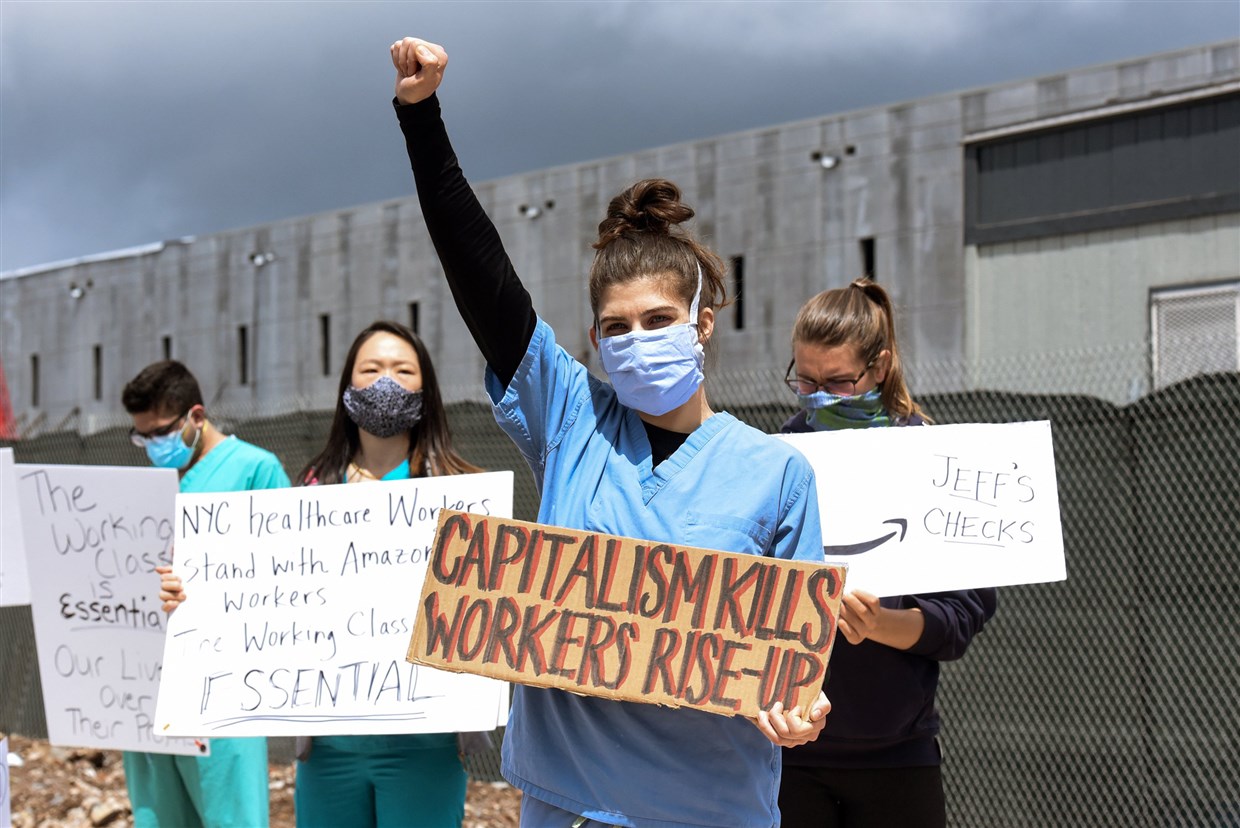 1. Evil and Lesser Evil Work Together

In the US election now underway the left is divided on whether or not to support Biden against Trump. Many believe that the latter poses such an extreme threat that backing the alternative is necessary, no matter how dreadful it may be. Before taking this issue up, it’s worth noting that support for the Democrats, as a way of keeping out the Republicans, has a long and sad history that predates Trump. In Canada, a comparable situation exists in the form of the Liberals and Tories. The Liberal Party has shared power at the federal level with its leading rival over generations, preventing the social democratic NDP from rising above third party status and demobilizing working class opposition, by presenting itself as the only viable alternative to the Tory bogeyman.

In both countries the right and centre right alternatives, loyally serve the interests of their capitalist classes with only secondary differences in approach, however much they may present themselves as antagonistic political opposites. The neoliberal agenda of austerity and endless war has been implemented regardless of which of the tag team members is taking its turn in office. Indeed, sometimes, like good cop and bad cop, they switch roles. The main assault on Canada’s social infrastructure was undertaken by Liberal governments in the 90s and the assault on social provision in the US was led by the Democrat, Bill Clinton, with his brutal policies of ‘welfare reform.’ They are all in it together and we really do need to see them as two wings of the same enemy force.

2. Lesser Evils Open the Way for Bigger Ones

Contrary to the liberal viewpoint, which some on the left have accepted, Trump is not an inexplicable monstrosity that came from nowhere. He is the product of conditions of economic, social and political crisis and the discrediting of the tired mainstream neoliberal brand that came with this opened the way for his right wing populist challenge. If the erratic and incompetent behaviour of Trump has temporarily made that neoliberal mainstream look like a place of refuge, a Biden presidency will soon alienate itself from any progressive base of support and fuel movements that seek solutions on the right.

Trump is dangerously ready to inspire and enable the far right but the notion that a vote for Biden is necessary in order to shut the gates against imminent fascism is an overreaction. There is no reason to think that the leading figures in the state institutions, including the security forces, are ready to dispense with the rather minimalist democratic system that exists in the US. The same can be said of the top Republicans and the capitalist class itself. Trump’s core supporters are certainly a nasty bunch and they include openly fascist elements but, though the threat they pose and their capacity to grow should not be underestimated, talk of civil war is rhetorical flourish. In any event, support for the more sedate representatives of the capitalist class has never proven an effective way of stopping the far right. If we want to consider a real and actual threat of fascism, we might recall that Hindenburg appointed Hitler as chancellor. Only a united working class movement could have stopped the Nazi leader and the moderate representatives of the political establishment opened the door for him. The lesser evil will not contain the greater evil and, indeed, will prove to be its warm up act, because they are both, in the end, representatives of the same system of exploitation and oppression.

3. It’s Always a Mistake to Put a Welcome Mat Down for your Enemy.

There are those, in the US context, who want to stop Trump with a vote for Biden and then prepare to fight Biden. If that’s just a personal decision, it’s a relatively harmless and probably not very influential one but the problem arises when those who should be posing a left alternative go over to actively campaigning for the Democratic candidate. It’s hard to imagine how you can viably pull out votes for someone and then issue of call to fight them on election night. In reality, you are contributing to building the base of support they will draw on as they govern. You really have trapped yourself in the role of left conscience of the lesser evil, as with the present efforts to win over Trump’s likely replacement. There is a big difference between mobilizing to confront an enemy and politely pressuring a friend you campaigned for. Such efforts to ‘hold Biden’s feet to the fire’ will have little effect when measured up against Wall Street’s ability to call in favours.

Things are not too different in the Canadian context. In political discourse, even on the left, it’s quite remarkable how common it is to have criticisms of Liberal governments responded to with the refrain that the Tories would be worse. In the sense that the Conservatives are generally more aggressive in their approach to implementing the prevailing agenda of Big Business, the observation is not incorrect but the implication it contains is that we should be reconciled to the Liberals or, at most, be mildly critical of them because the unimaginable horror of a Tory government must be prevented at all costs. Again, the failure to understand that the two capitalist parties are political wings of the same oppressive system leads to demobilization in the face of attack.

4. Only Working Class Action Can Stop the Right.

In place of propping up the Bidens and Trudeaus, because you think the man with the knife is better than the man with the axe, the better approach is to fight the agenda they and their more openly right wing opponents have in common. While there are political differences between the liberal and conservative wings, the practice of both of them is mainly limited by the capacity of the working class to resist. A liberal regime will take the attack further against a passive working class than a conservative regime would be able to in the face of decisive social resistance. A lack of effective working class mobilization guarantees that the right (conservative and far right) will articulate the sense of grievance in society and gain ground. Conditions of struggle, on the other hand, limit the right and pose the possibility of building a serious political alternative to both wings of the capitalist political power structure.

5. The Lesser Evil Ship has Sailed

Biden may be able to take advantage of the mess that Trump has created and the Trudeau Liberals may have clung on, as a minority government, with their Tory rivals in some flux but the present global crisis of capitalism doesn’t lend itself to lesser evils. The pandemic, the deep economic slump that has set in and the overarching and worsening climate disaster are all creating a situation where the solutions that will be advanced will not be found at the political centre. Throughout the neoliberal decades, the hope that a lesser evil would limit the damage and save us from something worse has always been a mistaken approach. In the period now unfolding, however, it is disastrously wrong headed. The departure of Trump won’t end the threat from the right and Biden will offer no protection whatsoever from that threat. His regime will go on the offensive against the working class and open the door to more extreme forms of attack. Whether we face the lesser evil infantry of the greater evil cavalry, the issue is to fight the system they both represent.