THE RACISM UNLEASHED BY THE PANDEMIC MUST BE CONFRONTED: A PROPOSAL 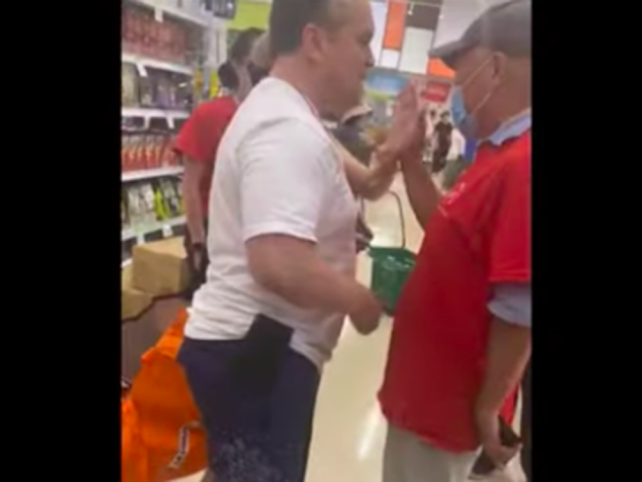 Across Canada there is a growing and very serious problem of pandemic related racist violence and abuse. East Asian people have been especially impacted by this. Some of the time, those who face manifestations of racism are blamed for the spread of the pandemic. Backward and hate filled attackers see those they assume to be Chinese as spreaders of infection. On lots of other occasions, racialized workers, find themselves dealing with anti-maskers who object to requirements to wear face masks when shopping and who subject those workers to racist abuse or assault.

Clearly, there is a prevailing climate that fuels these kinds of displays of racist hatred. Right wing politicians who operate within the mainstream have grown increasingly ready to resort to the racist dog whistle. The cutting edge in this regard is Donald Trump who has been particularly ready to use the pandemic to fuel hatred towards Chinese people. White supremacist organizations have also been very active in combining their racism with aggressive coronavirus denial. It is hardly surprising, then, that racist incidents, linked to factors related to the pandemic, are on the rise.

The great danger that emerges in this situation, is that the racists who act in this way in public settings will start to feel a sense of confidence or even impunity. Every time one such piece of filth is able to abuse or attack someone on the street, on a bus or in a supermarket and suffer no consequences, the sense that they can continue to act in this way or even escalate their behaviour increases. Others who share their bigoted views will also take heart and feel more ready to act. On the other hand, every time a racist outburst is responded to firmly and effectively, the level of confidence is reduced.

I’ve had several experiences where I have challenged racist behaviour in public. I find that people in the vicinity may be very bothered by what is happening but do not feel immediately ready to intervene. The ‘bystander effect’ holds people back but I have also found that, once someone gives a lead, they are more ready to come forward and support a challenge to the racist behaviour. I once confronted a man at the entrance to a subway station who was yelling abusively at a woman wearing a niqab. He denied my charge that he was a racist but suggested the woman had no right to cover her face in Canada. A lot of people had stopped to follow our exchange and I had the sense that some of them were decidedly supportive so I told the racist that the woman had every right to dress as she wanted to and that, since he raised the issue, he should cover his face because it would be a big improvement. That remark got a round of laughter and several people started yelling at him to leave the woman alone. I suspect that in many such situations potential allies are at hand if you encourage them to help.

The issue seems to be, then, to look for a way to increase the supply of those that are ready to give just such a lead in these situations. So, I’m suggesting that trade unions and community based organizations could take this forward by helping to develop a significant number of people who would be ready and able to intervene in racist incidents of the kind I have described.

I would suggest that the initiative I speak of would be timely and in line with the needs of the situation. There have been large scale actions in Canadian cities linked to the Black Lives Matter struggle and the demand to defund the police has been part of that. In racist incidents such as I am considering, we can have no reason to trust or place confidence in the police. Indeed, if we want to get racist police violence out of our communities, then the building of a sense of solidarity and mutual support within those very communities is at a premium. An absolute refusal to allow racist thugs to abuse people on our streets or to terrorize workers in stores would be a bit part of that. How, then, could the organizing of this initiative be taken forward?

Union locals and community groups in a given area could convene a meeting to discuss the idea and, if there was a desire to move forward, strike a body that was charged with developing it in the local context. Members of the participating organizations could be invited to attend training sessions that gave people basic legal information and offered direction in how to intervene effectively to deal with those engaged in racist conduct. Once a core of such activists was in place, they would be ready to act spontaneously as they moved about within their communities but they could also be deployed to locations where a particular risk of racist incidents was clear. The momentum and solidarity that such an initiative generated would also lend itself to other forms of community activism, such as anti-eviction struggles and could also be a nucleus for organizing in the face of more organized and large scale racist threats.

The post pandemic reality is going to be a harsh one, where community based self-organization is badly needed. Ensuring that racist abusers are not allowed to act with impunity within our communities is one simple but very important example of the ways we need to act in this period. I submit this as a simple and very basic proposal that could be acted upon and developed in conformity with the needs, wishes and priorities of particular communities.