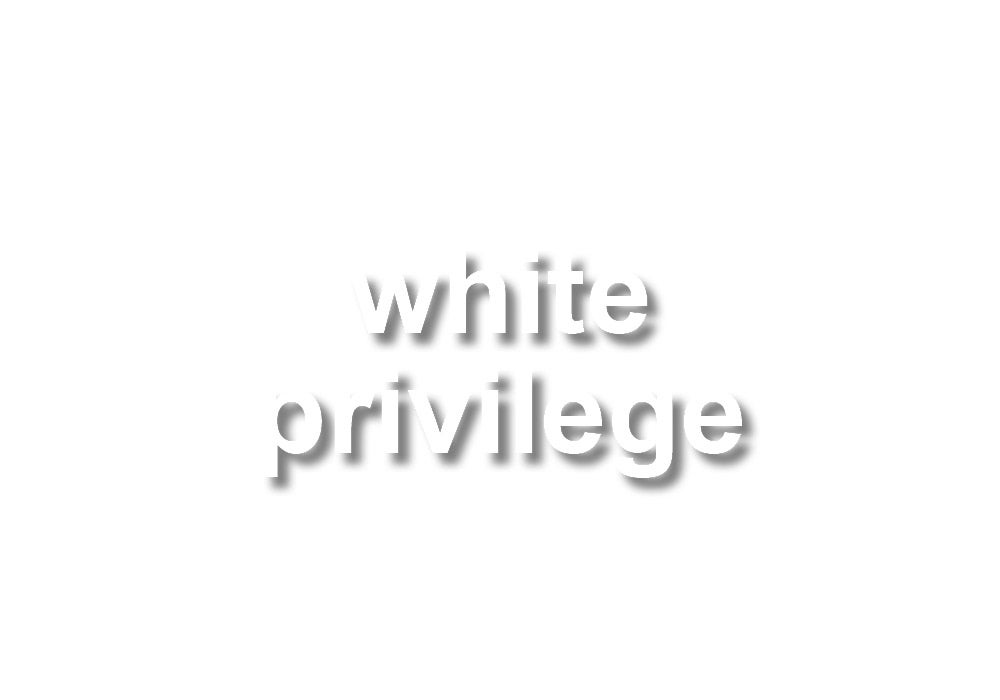 I’m often surprised by how bothered a lot of people on the left are whenever the issue of white privilege is raised. It’s not as if the suggestion that this form of privilege exists is some outlandish proposition. Canadian society was created by an act of colonial dispossession that is still ongoing and it is the easiest thing possible to demonstrate that a de facto racial hierarchy has been forged in this country. To check in on any obvious indicator, such as rates of unemployment, poverty, health outcomes or rates of incarceration, is to confirm that white people enjoy a position of relative privilege and people of colour one of relative disadvantage, with Black and Indigenous people facing the most egregious forms of racism and exclusion. This being so, I feel that a challenge to the claim that white privilege exists can only come from one of two places. Either the challenger has not thought through the concept or they find it inconvenient and would rather not deal with it. Let me take up each of these in turn.

The frequent counter to the contention that white privilege exists is an indignant question along the lines of, ‘Are all the white people who are poor and homeless privileged?’ Of course, what is missed here is that racism is not by any means the only form of oppression in this society. It also occurs on the basis of social class, gender, sexual orientation, disability and other factors. White privilege ensures that white people are going to be proportionately less impacted by poverty, for example, but it doesn’t mean that none of them will be poor. It is just that they will be poor in spite of being white and not because of it and, moreover, even in the depths of their poverty, they will not experience racism. I had a conversation a couple of weeks ago with a white person who had faced homelessness and a great deal of police brutality and we took up these very questions in more detail.

The second type of objection to the concept of white privilege, one that is much more common on the left and that I want to focus on, reflects the perspective of ‘class reductionism.’ This form of thinking certainly accepts that there is racism and genuinely opposes it. However, it stresses the primacy of class oppression in capitalist society and feels that, in the interests of both working class unity and the need to oppose a liberal politics of identity, white privilege must be considered forbidden territory. Since the racial hierarchy I spoke of clearly exists and, quite undeniably, impacts the lives of working class people, the left argument against white privilege is not so much that it doesn’t exist but, rather, that it is an unhelpful and ‘divisive’ concept that should simply be avoided.

The problem with this approach, however, is that racial hierarchy and white privilege are not wished away so easily. I agree that it’s necessary to challenge liberal notions of a quest for racial justice removed from the context of capitalist society and to oppose the view that racism is a moral question reducible to personal responsibility. However, the problem with the class reductionist approach is that it precisely leaves the field to the liberals by failing to adequately respond to the complexities of racial oppression in a society organized around class based exploitation.

I suspect that what is reflected in this hostility to the term white privilege is a reluctance to face up to the fact that the racial hierarchy it speaks to also exists within the working class. It is not just that racism divides workers in the interests of the capitalists (though it most assuredly does) but that many white working class people perpetuate it and enjoy a level of privilege based on it. The working class is multiracial and we work for class unity and solidarity in action but the most divisive thing of all is to fail to confront racism and its effects in our own ranks.

For the predominantly white ruling class, racial privilege works in their interests and boosts their profits. For white workers, this is not the case but this doesn’t mean that there is no level of privilege in the workplace or in broader society. In his ‘Black Reconstruction,’ W.E.B. DuBois shows how the post Civil War Southern ruling class preserved its position very successfully by creating a hate filled division between black and white workers. It did this by providing the whites with a ‘public and psychological wage,’ a set of privileges that involved better housing and public facilities but that rested also on a sense of racial superiority. To be sure, a united struggle against the common exploiter would have been to the advantage of all workers but it is still true that working class passivity was attained, though DuBois used a different term, by means of a system of white privilege. Things have not fundamentally changed in this regard with the passage of time. In his ‘Racial Inequality,’ Michel Reich showed that the parts of the US with the greatest wage gap between Black and white workers were also those where white workers wages were actually the lowest.

The additional oppression that working class people of colour face in Canada is stark. In 2016, racialized workers faced an unemployment rate of 9.3%, compared to 7.3% for white workers. In 2015, racialized men earned only 78 cents for every dollar earned by white men. A 2012 report issued by the Law Commission of Ontario tells us that

There is really no need to go into any great detail. The reality that racism casts its shadow over the lives of racialized working class people in the job market, in the workplace, in accessing public services, in dealing with the police and in day to day life is really undeniable. The racial hierarchy I spoke of asserts itself as part of lived experience and it is simply not logical to deny that the disadvantages faced by racialized workers also mean relative privilege for white workers. What flows from this conclusion is not the rejection of class politics or any denial of a common enemy. On the contrary, the understanding that the exploitation of working class people is interwoven with a racial oppression that directly impacts the racialized and weakens the class as a whole, creates the basis for a class unity with the struggle against that racism at its heart.

In the present global crisis of capitalism, with the pandemic intensifying conditions of global slump to a huge degree, the first round of struggle that has broken out, sparked by the police murder of George Floyd in Minneapolis, has shown how central the struggle for racial justice is likely to be in the period ahead. The next round may well be fought over the mass eviction of tenants, as poor working class people who have had massively reduced income and who have not been able to keep up their rental payments, face the loss of their housing. Those tenant populations, including here in Canada, are massively disproportionately racialized. It will not be very different with many of the workplace struggles that lie ahead among low wage precarious workers. The struggles on the economic front will be simultaneously anti-racist in nature.

In the late 1970s, I worked in a small town in Kansas on a construction job. The crew I was part of was made up of both Black and white workers and, every day, we would drive to the local restaurant for the lunch break. We would all line up at the counter and then the white workers would sit at tables inside while the Black workers would go out and eat in the vehicles we arrived in. It would be as impossible to deny that the white workers enjoyed privilege as it would be to say the Black workers weren’t facing racism. However, the exploiters who dominated the life of that town would have suffered a real defeat if all of those workers had united around the demand for common access to the restaurant and increased wages with no reduced rate for Black workers. That small example might serve to bring home the argument I have tried to make in this piece of writing.