STRUGGLES IN THE SHADOW OF THE PANDEMIC 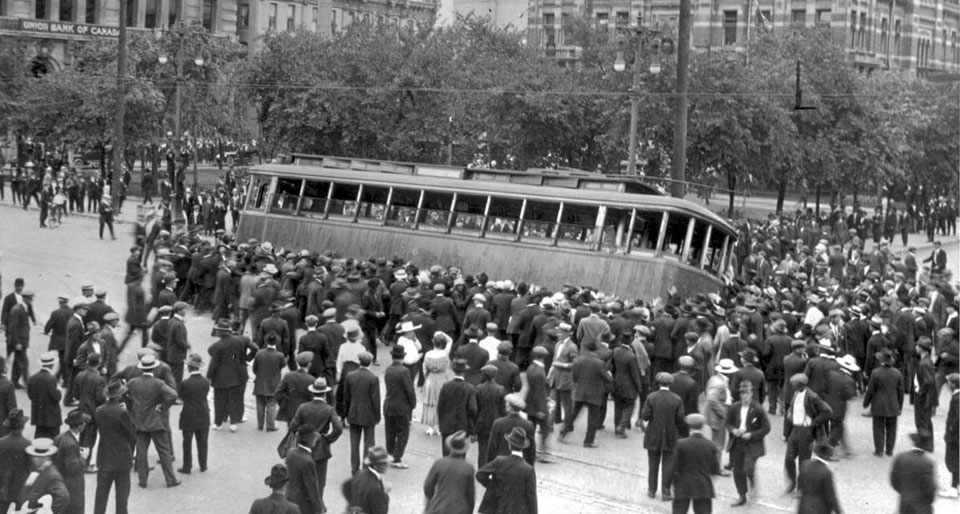 It is a principle of historical materialism that social consciousness reflects social being and it is, therefore, inevitable that the former will tend to lag behind the latter. At a time like the present, human societies are being buffeted by rapid and deeply disturbing changes and the thinking of hundreds of millions of people is in flux, unable to take in everything that is happening. The biomedical, economic and ecological components of the unfolding situation interact and produce new developments at every turn. We can be sure that the solutions to these devastating developments that those in economic and political power will seek to implement will require working class people to suffer greatly increased levels of exploitation and devastating reductions in their living standards. Shocked passivity is not a viable option and their is an acute need to fan the flames of resistance to the greatest extent possible, so as to generate the conditions of mass social action, out of which a leap in social consciousness is possible.

This year, our still very important May Day celebrations had to move online and, as we tried to take stock of the situation, something I have long considered vital about International Workers’ Day struck me as especially significant in 2020. The struggle in Chicago that we honour each year was rooted in the most practical of issues, the reduction of the working day, yet it was undertaken and led by those who advanced a bold vision of a very different society to that operated in the interests of profit and greed. As the lockdown causes so much hardship for so many, immediate struggles for survival that are shaped by clear anti-capitalist politics would be very much in line with the traditions and lessons of May Day. How can this be taken forward and what are the possible key sites of struggle?

The need for physical distancing, in order to prevent the disastrously rapid spread of the coronavirus, is well understood and has clear majority support, as polls in the US, the UK and Canada have shown. It is clear, moreover, that the present lockdown may only be the first one we have to deal with. One of the most decisive fights we will face in the months ahead will be against the capitalists, political leaders and their orchestrated right wing cheering section, as they push for a lethal profit driven ‘re-opening of the economy.’ How relentless and determined the drive to sacrifice human lives will be can be seen in the news reports that show the Trump Administration is moving in this direction even as it sits on evidence suggesting 3,000 lives a day will be lost to the coronavirus by early June. We will have to respond to such murderous courses of action by drawing up our preconditions for a safe reopening process and organize in our communities to defy back to work orders, the reopening of schools and other such life threatening measures.

If, however, physical distancing is the only way of protecting ourselves and our communities as long as the pandemic hangs over us, this doesn’t mean that we should accept lockdown on any terms. There is no safety for those who face hunger or who may be evicted for non payment of rent. We must oppose corporate bailouts while fighting for extended Employment Insurance (EI), increased social assistance rates and a Canada Emergency Relief Benefit (CERB) that is available to all who lose their income. Rents and mortgage payments must be frozen during this and any subsequent lockdowns. We must also utterly oppose all police crackdowns. The present period has opened up extended opportunities for the cops to extend their social control activities. Racist harassment and the persecution of poor and homeless people is being conducted under the guise of keeping communities safe. We will stay safe by building solidarity and support and the police have no role in that at all.

We must pay very close attention to supporting the struggles of those who perform essential work during the lockdowns. Health, transportation and service workers must be able to decide what they need to work safely and their demands and any actions they take in support of them must be backed to the hilt. Safe physical distancing must be a right for everyone and we can abandon no one in this regard. Indigenous communities must get an infusion of resources to keep their populations safe. For a horribly large number of women, the lockdown has trapped them in homes that are places of danger and violence. The lack of safe space in Canada for women who face domestic violence is shameful and the present crisis demands this be properly addressed without delay. Homeless people must be provided with hotel rooms or housing, with provision for those who may have contracted the virus. Long term care facilities must be taken out of the hands of for profit owners so that they are no longer run as death traps. Prisons and jails can’t continue to operate as overcrowded magnets for the coronavirus and the widespread release of prisoners must be part of the solution. Special attention must be paid to removing the threat of removal from the country from over the heads of migrant workers and non status people and they must be able to stay in Canada in conditions of safety.

The problems facing the capitalist system run much deeper than the present pandemic, even if it has sparked and intensified the present crisis. A major global slump was developing before the first person got sick from COVID-19. The period after the pandemic will be marked by mass unemployment and a concerted drive to place the vast costs that were incurred dealing with it on the backs of working class people. This will take the form of a drive to increase the level of exploitation of workers, with union busting and wage cuts the order of the day, as well as a massive austerity driven assault on public services. It is vital that we begin now, in our unions and community organizations, to prepare for the unprecedented struggles that lie ahead. Where workers on the front lines have acted to challenge unsafe working conditions (and it has been happening on a very significant scale) it is striking how much this has been initiated and led by the rank and file. That momentum should be developed and intensified in the period ahead and linked to the resistance of communities under attack. We should encourage the formation of the most dynamic and democratic forms of working class organization possible to take forward the fightback.

The attacks that will come down will be many and varied but some key fights, apart from the attack on employed workers and the struggle for decent income support I have already mentioned, seem to be brewing during the present lockdown.

At present, a vast number of tenants are unable to pay their rent. There have been rent strikes that have given this an organized form and that point the way forward. The prospect of mass evictions during the lockdown has partly deterred the authorities but, once that phase is over, we may expect landlords to ruthlessly seek payment of arrears and for the state eviction machine to resume its ugly work. A militant anti-eviction movement, on a scale that surpasses that of the 1930s must be our objective.

Under great community pressure, with disastrous foot dragging and to a totally inadequate degree, the powers that be in Toronto have created safe options for homeless people. Much more needs to be done in this regard. However, once this lockdown is over, the fight against homelessness needs to expand dramatically. Whether there is to be a second wave of the pandemic or not, the basic human right to housing in this city must be won. We can no longer tolerate destitution and outright social abandonment. Social housing must be created and empty private housing must be taken over in the meantime to ensure no one is left on the streets.

The pandemic has given racists a sense of permission and we have seen a horrible increase in hate crimes against East Asian people. The harsh times that lay ahead will doubtless see a considerable rise in the worst expressions of racism and our movements must offer a united resistance to it, whether it marches on the streets or wears a suit and operates at the official level. We must also remember that the struggle in the period ahead will be waged on an international scale. It will explode in poor and oppressed countries and will be taken up by migrants and refugees. It is vital that we see our work here as part of a world wide struggle, that we give every support to those fighting back across the planet and that we generate the deepest sense of global solidarity.

The next few years will be very harsh and bitter but they will produce the conditions that can create a leap in thinking among millions of people. People will emerge from the present lockdown with a deep sense of grievance over how the crisis was dealt with and what they had to live through. Yet, they will not find any return to normality but will instead face major attacks. So staid an institution as the BBC is making comparisons to the Great Depression. This really is a turning point in history that calls upon us to act differently and decisively. I began by saying that social consciousness lags behind social being but there are times when leaps in collective thinking can emerge that can drive social explosions. I suggest that the period we are entering into is one when fighting demands that truly challenge existing power structures can attract huge support, provided they are accompanied by bold plans of action that inspire and offer hope. I would also say that the vision of a society very different to the present one can resonate powerfully and anti-capitalist politics can win mass support. However, the idea that a better world is possible can’t take hold if those who run the present one appear invincible. The pandemic has unleashed a crisis that poses the gravest dangers but opens up the real possibility of transforming the decades of defensive struggle against neoliberal attack into an offensive challenge to the whole capitalist system.