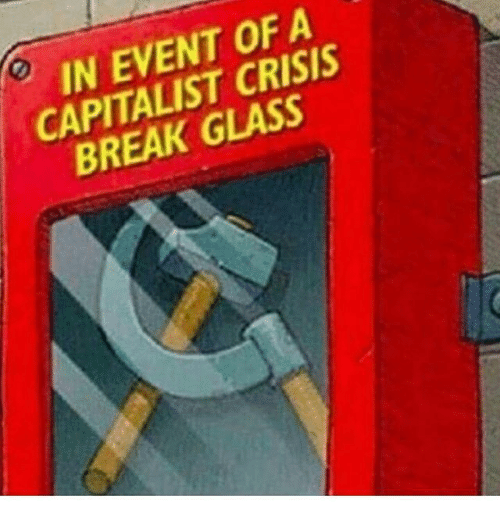 The World Health Organization has now acknowledged that the Coronavirus outbreak constitutes a pandemic, declaring that ‘..we are deeply concerned both by the alarming levels of spread and severity, and by the alarming levels of inaction.’ As this unfolds, the stock markets suffer huge losses that point to an impending global economic slump. Meanwhile, a desperate movement of refugees are pushed by Turkey into the line of fire of the brutality of the Greek authorities, as the grandees of Fortress Europe openly applaud the racist horror that is unfolding. The dreadful backdrop to all of this is a planet pushed over the brink of climate disaster by a system that puts profits before our very survival. No one on the left imagined that ‘late capitalism’ would be pretty but this is more than any of us could have imagined.

We are dealing with a social and economic system that has become so utterly destructive that it is generating immense suffering and undermining the very basis for life on this planet. The replacement of this system would require revolutionary transformation and the movements that could achieve this are lacking or, at least, not nearly powerful enough for that task. However, the impact of this crisis or web of crises will be a compelling force pushing masses of people towards radical conclusions. There is a need to put forward demands that correspond to the harsh realities of the situation AND to develop forms of action that can produce victories and provide a sense that collective struggle is a winning proposition. We live in desperate times that are going to get even more desperate. The immediate question is to ensure basic needs are met and, sometimes, that the very right to survive is preserved. Let me look at some of the particular elements of the crisis we are facing to illustrate what I mean.

The Coronavirus and the broader, ongoing threat of pandemics that hangs over humanity, are very much a product of how capitalism treats this planet and the species that live on it. The loss of animal habitat and methods of factory farming, both generate this dangerous possibility. As the present pandemic unfolds, it will impact societies that have been structured according to the priorities and needs of neoliberal capitalism. It is hard to imagine a form of society that is less suited to responding to a major threat to public health with rationality and fairness. In the midst of such a crisis, the survival needs of those who already find themselves disadvantaged and expendable will have to be fought for.

Homeless people, out on the streets or crammed into unhealthy shelters, are placed in a veritable petri dish as COVID-19 looms over them. An outbreak in the Toronto shelters would spread horribly. The demand has been put forward for the opening of 2,000 more spaces to reduce overcrowding and for motel rooms to be readied where those who contract or have been exposed to the Coronavirus can be isolated. It is a sign of our present dangerous weakness that this very basic and necessary demand is, as yet, being advanced by only a few advocates.

If the homeless are in a petri dish, then prisoners are in an even more vulnerable situation. In Italy, the prisons are in revolt, as inmates riot to press the demand for amnesty in the face of the Coronavirus outbreak. Such demands should be fully supported and action taken outside of the prisons to ensure they are won.

It is understood that the key to limiting the spread of this illness is to ensure that those who have been exposed or who are at particular risk, self-isolate. A precarious, low wage workforce has no such option. Not only do these workers risk being fired but, without paid sick days, staying away from work is not a realistic possibility. Governments that fail to ensure income and protection for workers who need to take time off in this situation, are guaranteeing that the impact of the Coronavirus will be all the more deadly and they must be confronted on that basis.

Most glaringly, the healthcare system itself must be addressed. The agenda of austerity has weakened public healthcare horribly. A system that is overstretched has no realistic chance of coping with a pandemic. An effective vaccine seems to be a long way off but, as soon as it is available, it must be provided universally, without any cost. We will not secure the resources needed for such measures merely be pointing out the need for them, however. The point is to organize to win them on a scale and with a disruptive impact that makes them attainable. The alternative is to accept a reality of social abandonment that is too devastating to contemplate.

Evidence of the climate crisis and its terrible effects are all around us. Yet, the capitalists and their political enablers, in the face of copious evidence, are on course to sealing our doom. There is simply no more compelling example of the incompatibility of capitalism with a viable future for the inhabitants of this planet. There is need for action on two fronts. Firstly, we must do all we can to curtail further assaults on the environment by limiting destructive practices or particularly damaging projects. The recent decision of Teck Resources to withdraw its application for a massive oilsands mining project, in part because of the risk of Indigenous resistance and challenges by climate justice movements, is a concrete example of limiting the damage they inflict. Most importantly, however, we have before us the model of resistance that is provided by the movement of solidarity with the Wet’suwet’en and the struggle against the Coastal GasLink project. I have written already on the incredible implications of the use of economic disruption in general and of targeting the global supply chain in particular, when it comes to building a counter power in the struggles we face in the period ahead.

On the second front, the impacts of climate change are already manifesting themselves in the form of extreme and enormously volatile weather patterns. The dire and life threatening consequences of these are all around us and the intensity with which they are experienced are class based and subject to prevailing racial hierarchies. I could talk of heatwaves but, given the volatility climate change brings with it, it might be well to mention the devastating cold spell that took the lives of the poor in Bangladesh, last December. The Australian wildfires, at the beginning of this year, produced terrible air pollution that posed a major health risk for the general population but, for homeless people, it was considerably worse. The denial of entry into the US, last year, of people from the Bahamas, facing the devastation of Hurricane Dorian, was the writing on the wall when it comes to the treatment of climate refugees in the years to come. Each of these examples speak to the need for local action and international support of a kind that can’t be disregarded by those in power. Solidarity for survival in the face of worsening climate disaster is utterly imperative.

I already mentioned the brutal treatment of refugees, seeking to enter Greece and the open stamp of approval granted by the EU and it is a clear indication of the escalating readiness of those in power to resort to the most murderous tactics to try and turn back those who have no choice but to seek safety. However, the most vicious display of state force can’t remove necessity, as is also demonstrated by the fact that another migrant caravan has formed in Central America, ready to stake all against the arch racist Trump and his assorted enforcers. The refugee crisis, as serious as that is, will only worsen. War, social dislocation, poverty and climate disaster are going to fuel the state violence that is resorted to in an effort to stem the ‘flood’ of people. The movements of solidarity that we build in those countries that function as global exploiters and racist fortresses, must find the means to stay the hands of the executioners and open the borders.

In the examples I have given above, the common denominator is the need for mass social action in forms that can effectively struggle for survival against a system that offers only death and destruction. I could give other examples. We must be ready to act when public services and systems of social provision break down in the face of global economic downturn and intensified austerity. Our movements will have to deal with a growth of fascism that will be nurtured by the conservative mainstream and protected by the cops. We will have to confront its racism and protect our movements in the face of attack.

During the Nazi bombing of London, during the Second World War, it is well known that ordinary working class people took shelter in the underground train stations. Very few are aware, however, that, the authorities initially refused to open them up and a communist led campaign of direct action forced the provision of these places of safety over the objections of those in power. It is an instructive example of the kind of solidarity for survival that I have tried to present the need for. At the level of individual skirmishes over immediate objectives and, on broader and more long term issues, we are confronting a system that has become more destructive and dangerous than it has ever been and that will abandon those who don’t resist. That capacity for serious and effective struggle is a prerequisite for building social and political movements that can really challenge a capitalist system that is incompatible with any decent or sustainable future.