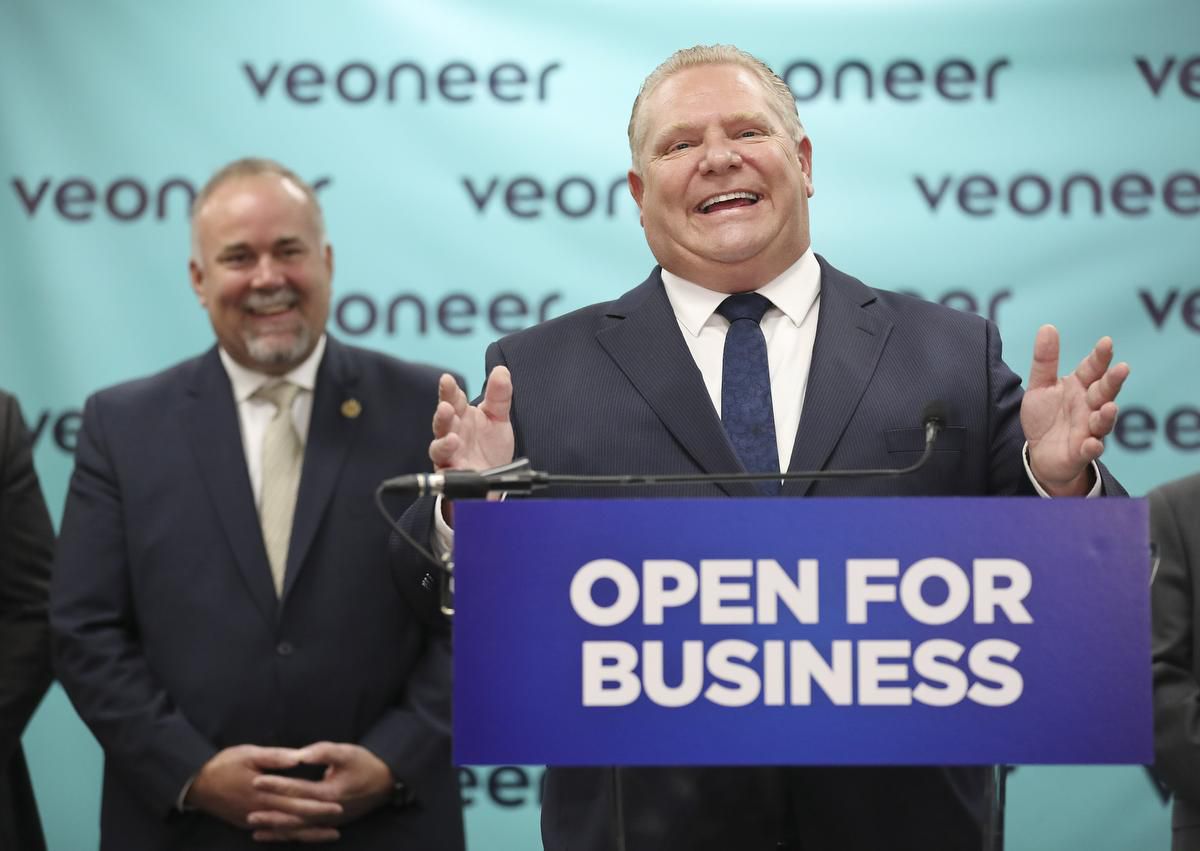 A recent article in the Catholic Register informs us that the Ford government will run ‘a three-year pilot program in for-profit welfare in Hamilton-Niagara, Peel and Muskoka-Kawartha.’ The paper goes on to say that, “These three regions will be the forerunners of a province-wide system the government has already mapped out. Eventually, Ontario will be carved into 15 regions. In each region, municipalities, non-profits and for-profit corporations will be invited to bid through a “Request for Proposals” process to manage the caseload of clients on Ontario Works (OW) and the Ontario Disability Support Program (ODSP) in each region.”

An Ontario government press release on February 14, explains that ‘new service system managers have been selected to lead the implementation of local service improvements, and will be paid based on their results.’ Striving to present this privatization initiative as an act of sensible compassion, the release tells us that, ‘Government is getting out of the way, and allowing local communities to tailor the program to their specific needs.’ The President and CEO of the Toronto Board of Trade is quoted and he is of the view that, ‘In our rapidly-changing economy, our competitiveness depends on connecting people and businesses and maximizing economic opportunity for all Ontarians.’ The consortium handling this work will be led by the New York based, Fedcap, an outfit with considerable experience in just this kind of initiative. The pilot is, of course, dealing only with employment services but there is little doubt that the intention is to move towards the privatization of social assistance delivery as a whole, as the Catholic Register suggests. We need to look into the horribly regressive implications of this move on the part of the Ford Tories but, first, it would be as well to situate it within the broader project of neoliberal ‘welfare reform’ in Ontario.

When, in November of 2018, Ford’s then social services minister. Lisa MacLeod, announced the findings of a hundred day review of the province’s system of social assistance, she set out a broad outline for her government’s plans to remodel things. As I wrote at the time, the Tories were focused on two main objectives. They wanted to drastically limit access to disability benefits and, secondly, to craft a system of income support that would serve as a far more effective means of driving people into the worst and most exploitative jobs on offer. In the latter area, McLeod’s review pointed to the setting up of “locally responsive outcome driven service delivery models.” This is, of course, exactly what their new initiative is designed to achieve. People on social assistance are to be handed over to those who have a financial interest in using a lot more stick than carrot to get them into the low wage, precarious and highly exploited workforce.

Australia now has a ‘system of means-testing, compliance, surveillance, and work-test activities that are mandatory for individuals who want to claim unemployment benefits’ and that ‘are managed by the unholy triumvirate comprising government, the private employment services industry, and businesses that run sites that absorb some of the reserve army of labor at a profit.’ Once deemed eligible for benefits, unemployed workers are ‘referred to one of the 1,600-plus private employment service providers to undertake activity-testing.’ They must submit records of these activities online, thereby taking on the burden of administration and enabling the government to thin the ranks of public sector workers.

The private companies that dominate this operation are paid according to the results they obtain and this entirely comes down to their success in finding conscripts for the low wage army, whether that be as regular employees or as participants in the forced labour scheme commonly known as ‘Work for the Dole.’ This, predictably, results in pervasive abuses, with a punitive regime that forces people to take jobs with the most unscrupulous employers or pressures them to accept work that is unhealthy or dangerous for them. The false assumption, one that Doug Ford would heartily support, is that obtaining a job is the sole measure of success, no matter how low the pay or appalling the working conditions. The computer screen has replaced the eyes and ears of the workhouse master but the intrusive and punitive elements of the Victorian Poor Laws have been revived in the 21st Century.

The Doug Ford regime has lacked the single mindedness of the Tory government of Mike Harris, that did so much damage in Ontario from 1995-2003. It has frozen social assistance rates but has taken longer to proceed with its broader agenda of right wing ‘welfare reform’ than might have been expected. In truth, it has been a highly inefficient and crisis ridden operation that has frequently revised its regressive priorities. There is every indication, however, that the attack on social assistance is now being taken forward. Last December, the Auditor-General gifted the Tories with a report that constituted a crude and ignorant attack on the Ontario Disability Support Program (ODSP) and that offered them a way forward, as they pursue their objective of massively restricting access to benefits so as to force disabled people to join a desperate scramble to find any kind of work . Now, we see them setting in motion an initiative that advances the goal of reshaping their ‘short term’ welfare program, Ontario Works (OW), so that it will more perfectly serve the needs of the most exploitative employers, while filling the pockets of private companies. The degrading of income support systems has been a crucial part of the neoliberal agenda and the Ford government is taking this further.

As this attack unfolds and the Tories move ahead with their plan to render social assistance ever more inadequate, precarious, punitive and degrading, it is vital to appreciate that this is entirely related to the goal of an ‘open for business’ Ontario where wages are driven down and workers’ right are undermined as much as possible. A severely inadequate social assistance system is the best possible way of ensuring a supply of defenceless and vulnerable workers. It is in the interests of employed workers and their trade unions to challenge this regressive direction every bit as much as people forced to turn to social assistance have a stake in fighting back.