THE GROWING THREAT OF ANTISEMITISM 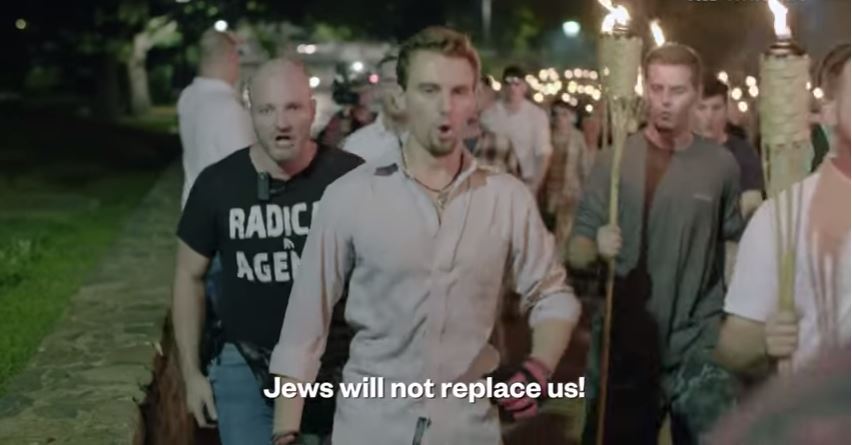 Hardly a day passes without an attempt being made somewhere in the world to silence those who support the struggle for Palestinian freedom with the false accusation of ‘antisemitism.’ The conflation of opposition to the Zionist colonial project with hatred for Jewish people has reached levels of dangerous absurdity. A little over a week ago, an Indigenous student at Toronto’s York University was hounded from her position on the executive of the Aboriginal Students’ Association at York (ASAY) for attending a Multicultural Week Parade wearing a T shirt that said “anti-Zionist vibes only.” We have arrived at a situation where a representative of an Indigenous student body may not register her opposition to settler colonialism without facing a barrage of character assassination.

The terrible irony is that, even as the discourse on antisemitism is dominated by an effort to generate impunity for those responsible for occupation and apartheid, real and actual antisemitism is taking on ever more dreadful proportions, as part a rising tide of racism and white supremacy. Because the garrison state of Israel is so vital to the US led West’s drive to dominate the Middle East, the political establishments in Europe and North America are only too happy to accept right wing and Zionist bodies and individuals as the supposedly legitimate voices of the ‘Jewish community.’ At the same time, those who base themselves on the progressive and radical traditions that many Jews have advanced over generations, are dismissed as a discordant ‘fringe.’ We need to take, then, a closer look, not at the cynical false charge of antisemitism but at the evil reality that is gaining ground so horribly.

“From Jewishness There Was No Escape’

Antisemitism existed as a religious prejudice well before racism and notions of a racial hierarchy emerged with the pursuit of European colonialism. In Medieval times, “the Jews who lived in their midst were the enemies of Christians who killed their savior and needed to either convert to Christianity or face divine punishment.” Anti-Jewish hatred in the feudal period could certainly take violent and lethal forms. Indeed, it frequently did on Good Fridays, when the ‘Christ killers’ were sought out by enraged mobs. However, this form of religious hatred offered some possibility of repentance. The development of modern racism in capitalist society, especially when it assumed pseudo scientific forms in the 19th and 20th centuries, precluded any such escape route. Inferior and malevolent races could be offered no road to redemption whatsoever and would have to be subjugated or worse. Within the framework of these ideas, things took a far more deadly turn. As Hannah Arendt put it so clearly in ‘The Origins of Totalitarianism,’

“As far as the Jews were concerned, the transformation of the "crime" of Judaism into the fashionable "vice" of Jewishness was dangerous in the extreme. Jews had been able to escape from Judaism into conversion; from Jewishness there was no escape. A crime, moreover, is met with punishment; a vice can only be exterminated.”

Within the broader racist framework that is still very much in operation today, Jews are assigned the role of a particular threat to the ‘white race.’ The fascists who marched through Charlottesville, Virginia, in 2017, infamously took up the chant of “Jews will not replace us!” This draws on the so called ‘great replacement’ theory that holds that the ‘white race’ and its supposed homelands are being demographically overwhelmed by other ‘races.’ In this sick fantasy, the disloyal and devious Jew plays the role of enabler, deceiving white people and manipulating the ‘inferior races.’ The right wing obsession with the Jewish liberal billionaire, George Soros, represents exactly this form of antisemitic delusion. Donald Trump has helped to spread the allegation that Central American migrant caravans have been financed by Soros. The viciously antisemitic Hungarian leader, Viktor Orban, in a comment directed at Soros that might have been lifted from the Protocols of the Elders of Zion, left no room for doubt.

"We are fighting an enemy that is different from us. Not open, but hiding; not straightforward but crafty; not honest but base; not national but international; does not believe in working but speculates with money; does not have its own homeland but feels it owns the whole world.”

The hate filled notion of Jewish complicity in undermining white supremacy found its lethal expression in the act of fascist terrorism that took the lives of eleven Jewish worshippers at Pittsburgh’s Tree of Life Synagogue, in 2018. The killer, Robert Bowers, certainly targeted his victims because they were Jews but he was also decisively motivated by the support the congregation gave to immigrants and refugees. He hated the Hebrew Immigrant Aid Society and, before he launched the attack, posted on a social network a message that read, “HIAS likes to bring invaders in that kill our people. I can’t sit by and watch my people get slaughtered. Screw your optics, I’m going in.”

As I previously suggested, the focus on silencing criticism of Israel, rather than on meeting the antisemitic threat from the right, diverts attention away from where it is most urgently needed. However, there are more fundamental reasons why Zionism can’t meet the threat of antisemitism. As an ideology, even when it wears a liberal disguise, it draws on fundamentally racist conclusions, as Gideon Levy has pointed out. A colonial project, with all the supremacist baggage it brings with it, is a very poor vantage point from which to tackle racism. Zionism requires a racial hierarchy, in which the Palestinians are viewed and treated as inferiors but it also creates a distorted view of manifestations of antisemitism.

The founding father of Zionism, Theodor Herzl, saw his work as an adjunct of western colonialism and he sought the support of a racist monster like Cecil Rhodes. For him, the hatred of the Jews in Europe was primarily a means of furthering his own colonial project. When, in 1894, a Jewish officer in the French Army, Alfred Dreyfus, was accused of spying and ‘a witch hunt trial led to mob hysteria against Jews,’ Herzl ‘drew the conclusion from the furore that anti-Semitism was natural and inevitable.’ He wrote that ‘In Paris, as I have said, I achieved a freer attitude toward anti-Semitism, which I now began to understand historically and to pardon. Above all, I recognised the emptiness and futility of trying to “combat” anti-Semitism.’

This readiness to overlook rampant hatred in return for support for the Zionist project is present today. Last December, Donald Trump addressed the Israeli-American Council at their conference in Florida. When he included in his remarks the most shocking antisemitic stereotypes, he was given a virtual free pass, with only the most measured words of criticism directed against his vile bigotry. The close relationships between Netanyahu and right wing leaders, linked to antisemitism and even Nazi atrocities, are well documented. Indeed, as Israel moves to complete the colonial project and, as its political leaders embrace an ever more overt brand of anti-Palestinian racism, their political alliances with those who erect monuments to Nazi collaborators seem less and less surprising.

We have just marked the 75th anniversary of the liberation of Auschwitz. Without doubt, there is a need to remember the other victims of Nazi genocide, especially the Roma and Sinti people. It is equally clear that the Holocaust needs to be rescued from a supremacist ideology and placed in its historical context. However, it remains true that the fascist Hitler regime murdered millions and millions of Jewish people, in an extended process of industrialized mass murder, and that this was one of history’s great crimes against humanity. It is equally true that the great evil of antisemitism is rising again and taking lethal form. As in the 1930s and 40s, a crisis within the system of capitalism is fuelling an upsurge of racism that includes antisemitic bigotry.

There is no need to be intimidated by the false accusation that support for the struggle for a free Palestine is antisemitic. At the same time, however, we must play the leading role in fighting real and actual antisemitism and that includes challenging the anti-Jewish stereotypes and assumptions that emerge far too often on the left. An inherently supremacist ideology can’t fight a form of the very racism it is itself an expression of. Antisemitism will be resisted and defeated by a movement that challenges all forms of racism and that resists fascist attacks on Jewish communities as ardently as it opposes the imposition of apartheid on the Palestinians.