SOCIALISM OR (WORSE THAN) BARBARISM 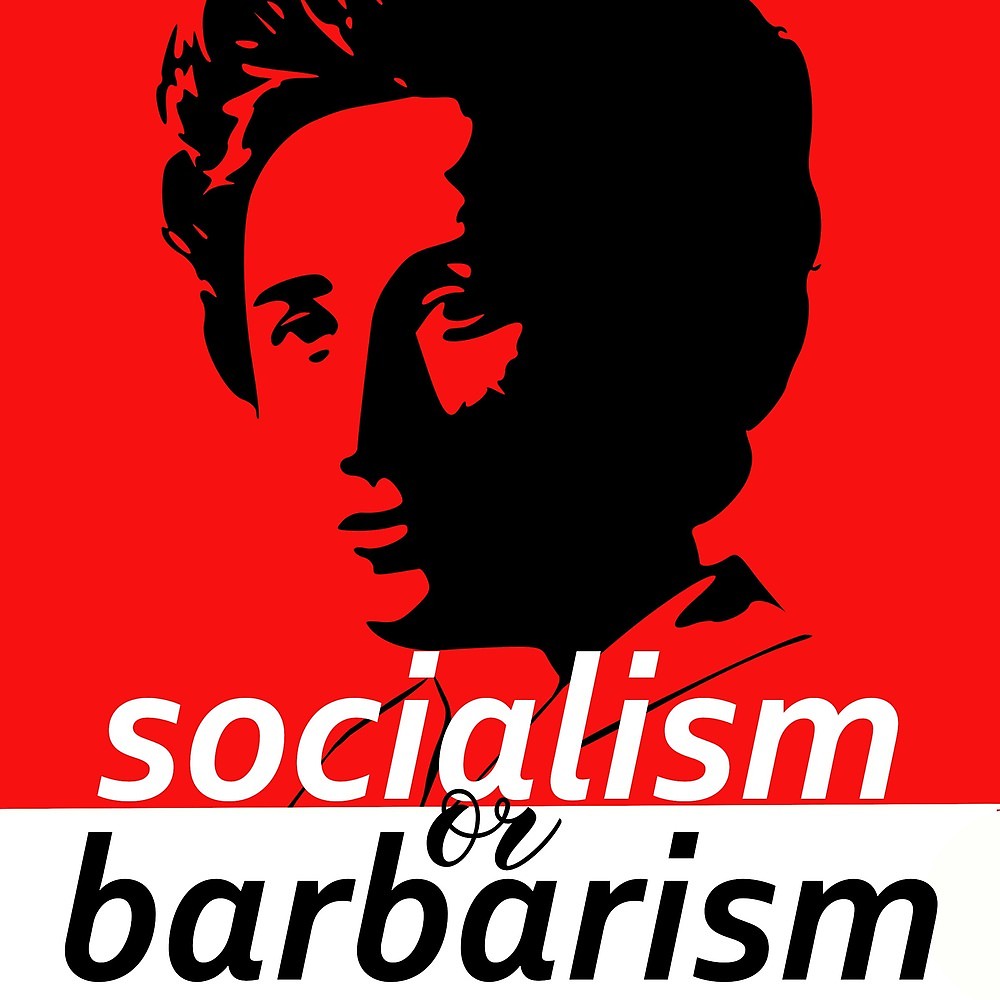 I can actually remember the exact occasion when I became an anti-capitalist. It was in 1972, I was seventeen years old and I was sitting in the library of my school, just down the road from the British Houses of Parliament, reading an account in the Guardian of the Bogside Massacre or Bloody Sunday, in which fourteen people, protesting internment, were shot and killed on the streets of Derry by British soldiers. As I read this, I heard the chimes of Big Ben and that sound seemed like an arrogant celebration of the colonial oppression and violence set out in print before me. Unlike St. Paul on the road to Damascus, I wasn’t treated to any blinding light or divine voices but it was a moment in which I realised that my notions of improving this society by way of gradual reforms had to give way to a concept of revolutionary transformation. The people behind the murder machine that had just done its work in Derry were not going to give up their power and wealth. It would have to be taken from them and I wanted to do all I could to help bring that about.

I think I can say that, as powerful as the sense of resolve I formed on that day in 1972 was, forty eight years later, my conviction that we must replace capitalism with a socialist society has grown far stronger with the passage of time. This is not, primarily, due to my personal development but reflects the overwhelming body of evidence that the intervening decades have produced.

The rising level of global inequality makes the headlines quite regularly these days. Oxfam has just issued another of its reports on this issue, entitled ‘Time to Care,’ a name that strikes an appropriate note of reformist wishful thinking. We learn that ‘2,153 billionaires have more wealth than the 4.6 billion people who make up 60 percent of the planet’s population’ and that ‘the 22 richest men in the world have more wealth than all the women in Africa.’ Reports of this kind continue to be published and we are heading for a situation where most of the world’s wealth will belong to a group of people small enough to share a taxi. The institutions of global capitalism continue to say concerned things about extreme inequality and a growing chorus of rich and powerful figures and their enablers seek to convince us that a better capitalism is possible. None of this, of course, has had the slightest impact of the continuing development of ever more obscene levels of inequality.

The harm caused by the domination of this band of the richest capitalists, however, is not confined to the enormous share of wealth that is diverted in order to maintain their parasitic existence. It is far more a question of the horrible impacts on society and the planet that flow from the irrationality and greed with which they conduct their affairs. The are literally poisoning and degrading the earth on which we live. ‘The world may already have crossed a series of climate tipping points, according to a stark warning from scientists. This risk is “an existential threat to civilisation”, they say, meaning “we are in a state of planetary emergency.” The Guardian reported this last November, on the same week that World Meteorological Organization announced that greenhouse gas concentrations in the earth’s atmosphere had reach an all time high. I could speak of raging wildfires, drought, melting polar icecaps, major flooding and swarms of locusts, caused by extreme weather. The picture is clear of unfolding planetary disaster and of capitalists and governments utterly unwilling to take meaningful steps in response. Climate change, moreover, is only one the factors that flow from this system’s unsustainable relationship with the planet. Species are becoming extinct at an appalling rate, the air in major cities is being poisoned, and the world is choking on ‘plastic pollution.’ Productive power and technological capacities have simply outgrown a society organized around the needs of profit.

In a world dominated by rich and powerful imperialist countries, led by the US, the agenda of exploitation and control of poor countries has reached the level of endless war, in which each round of mass murder and destruction produces the social dislocation and conflict that justifies the next round. Country after country across the globe finds itself in the cross hairs of this agenda of domination. So arrogant has this become that the preposterous buffoon who presently occupies the White House feels able to impose a unilateral settlement on the Palestinians under which they are expected to submit to permanent occupation and apartheid.

The neoliberal agenda that emerged in the 1970s and that set itself the goal restoring profitability, by increasing the rate of exploitation of working class populations, did achieve a level of stability for capitalism, albeit at the cost of terrible hardship and suffering. The global workforce was reshaped, trade unions were confronted and weakened dramatically, the social infrastructures of countries with a developed welfare state were gutted and a world order imposed that shifted the balance of power in favour the capitalists and their quest for profits. With the financial crisis and Great Recession of 2007-2009, however, those decades of stability came to an end. The crisis of that period was not solved but merely kept at bay by way of zero interest rates, quantitative easing and other such measures. A desperately sluggish period of dubious recovery followed that is now coming to an end. A major global slump looms, with the methods that averted disaster a decade ago unlikely to work this time.

As someone who lives in Toronto, Canada, I am based in one of the richest cities on earth and yet the condition of this veritable model suite of capitalism is telling in the extreme. Low wage precarious work has replaced the higher wage jobs of earlier decades, income support systems for those outside of the workforce have been reduced to a pittance, the city is in the grip of a devastating housing crisis and homelessness has reached emergency proportions.

On every front, we are confronting an economic and social system that has become a toxic threat. Increasingly, such a conclusion is not confined to any radical fringe. Opinion polls in numerous countries, even the US, show that capitalism is being questioned and the concept of socialism is resonating. The neoliberal order that capitalism has crafted is being rejected by millions of people and explosive movements of social resistance are springing up across the world and taking to the streets. The deepening global slump and the mounting impacts of climate disaster are going to increase the scale and intensity of social resistance and spread the acceptance of radical political alternatives based on a project of social transformation.

Rosa Luxemburg took forward a concept first advanced by Friedrich Engels of humanity facing either a ‘transition to socialism or regression into barbarism.’ The years that have unfolded since this was first put forward might prompt us to revise that estimation. The possible outcome of barbarism is actually too optimistic, given that the destructive power of modern capitalism is so much greater and far more wide ranging than in Luxemburg’s day. The glaring failure of this system, the costs it inflicts on working class people and the threat it poses to life on this planet itself, give an enormous relevance and importance to the idea that a very different society is possible. It is time for socialism to decisively enter the political mainstream.