WHY COPS AREN'T NICE TO THOSE THEY OPPRESS 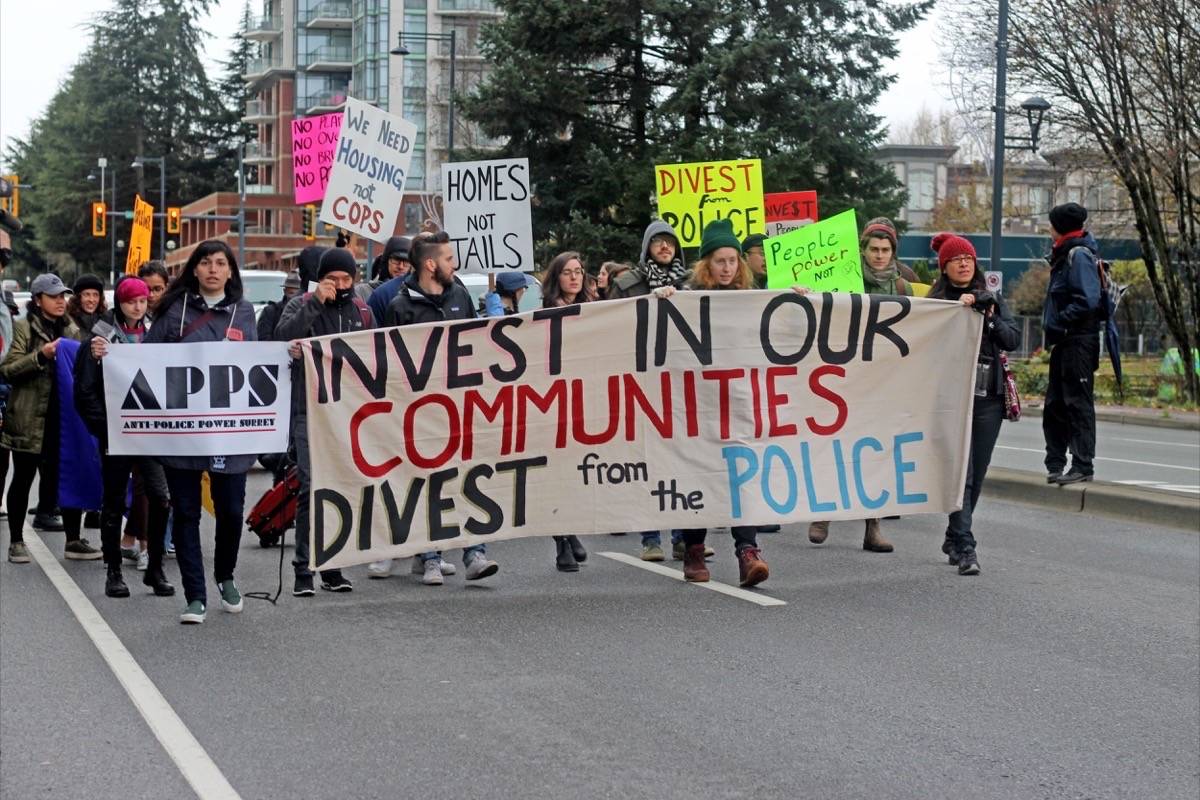 A BC human rights tribunal has found that Vancouver police discriminated against an Indigenous woman when they ‘roughly and physically separated’ her from her son during his arrest. The tribunal then ordered the police board to provide training to its offers in the ‘legacies of colonialism.’ I might just mention that the members of the Wet’suwet’en Nation in that province, who are resisting the driving of a pipeline through their territory without consent, might question whether colonialism has been reduced to a mere legacy. However, I want to focus on the persistent liberal notion that police racism and brutality can be cured with a spoonful of ‘sensitivity training.’

The last thing I want to suggest is that police persecution of poor and racialized people should go unchallenged. However, what I do want to argue is that the ongoing police assault on targeted communities is not attributable to a lack of training or bad attitudes but reflects the basic role that police discharge in this society. Canada is class divided and functions on the basis of a racial hierarchy and the active implementation of a colonial project. The police are the enforcers of state power and it is hardly surprising that they carry out that function in line with the needs of the prevailing social order. We need to understand why they don’t drive through upscale neighbourhoods looking for rich kids to stop and question but save that activity for those they know they are are supposed to patrol and control. If we have that understanding, we are far more likely to be able to place limits on their abuses than if we cherish false hopes of socially just policing. I want, then, to set out some basic history and political conclusions on the role of the police.

Before we can deal with the police themselves, we have to make sure we have a clear idea about the state power that they enforce. For most of the time human societies have existed on the face of this earth, there was nothing that we today would recognize as the coercive power of the state. Only with the development of agriculture about 10,000 years ago do we start to see a concept of private property and the division of society into social classes. As this happens, and a ruling class emerges, the need to protect property and to control those without it, including those who have become slaves, requires a central authority that takes the form of the state. That institution has evolved over the centuries but the vital consideration and the fundamental factor shaping the police function, remains the concept of the state as a body that serves the needs of an exploitative ruling class.

With the advent of capitalism, taking England as the first model of this system, the need for a more robust, effective and centralized form of state power emerges. Writing of the royal dynasty that held power from 1485 to 1603, Lawrence Stone has written that ‘The greatest triumph of the Tudors was the ultimately successful assertion of a royal monopoly of violence.’ The ‘King’s Peace’ was more tranquil for some than for others, with the dispossessed former peasants, driven from their land en masse to lay the basis for a capitalist society, getting an exceptionally raw taste of state regulation and control.

In the first part of the 19th Century, with the growth of an industrial working class and greater centres of urban population, the need for a new form of coercive state power became clear. Police forces began to emerge. London’s Metropolitan Police Service was created in 1829. This combined a capacity for concentrated deployment, in situations of major unrest, with the ability to patrol working class communities and enforce social control. “When the London police were not concentrated into squads for crowd control, they were dispersed out into the city to police the daily life of the poor and working class.” In 1835, Toronto established a police department modelled on the Met. However, the policing needs of Canada were not entirely the same as in the Mother Country. Here, an internal colonial project had to be undertaken and a particular manifestation of state power was called for. Hence the establishment of the North West Mounted Police, forerunner of the RCMP, that was based on that tool of British colonialism, the Royal Irish Constabulary (RIC). This body was formed to oversee the dispossession of the Indigenous nations and to impose the reserve system on them.

Given this history and the basic functions of policing that are revealed, the folly of trying to relate to the police as a body that can be modified in order to serve the needs of poor and racialized communities becomes clear. The oppressive nature of the police role in the lives of poor communities is not primarily attributable to the attitudes of the individual cops. (Although, to be sure, a certain type of person gravitates towards the tasks they carry out). In 2016, much attention had been focused on lethal police brutality towards Black people in Ferguson, Missouri and in Baltimore. The racist persecution that occurred in the latter city was not mitigated by the fact that, unlike Ferguson’s overwhelmingly white police force, the Baltimore cops were significantly integrated. The racist cop is a real phenomenon but the decisive factor is the needs of the dominant social class that the police serve and protect.

A tool of oppression is not going to be nice and the dangers involved in fostering such illusions are considerable. In order to assert their control over targeted communities, the police have no hesitation in adopting techniques of ‘divide and rule.’ Liberal notions of ‘community policing’ and police ‘dialogue with the community’ are ways of furthering this divisive agenda and of blocking the united solidarity in the face of police attack that is the only way to counter the power they assert.

In addition to the looming threat of RCMP violence against the Wet’suwet’en in BC that I have already mentioned, workers at the Co-op Refinery in Regina, are presently struggling to defend their rights and hold their picket line against a police force functioning as a direct weapon of the employers. In communities across Canada, each and every day, a more low key job of class based and racist policing is undertaken. The last thing we need to encourage in the communities on the receiving end is a sense of trust in the police.

Some years ago, I was standing across the street from a homeless drop-in in Toronto. It was a mild day and a group of people were sitting outside. Suddenly, a tow truck went by pulling a police car that had broken down. The homeless people all cheered at the sight and the good instincts they displayed at that time are something to learn from. The ‘monopoly of violence’ established in Tudor England still exists and the police operate it in very predictable ways. Their power can and must be challenged but it is rooted in an exploitative society that precludes the transformation of the police into a force that takes the side of the exploited and oppressed.