EDUCATION FOR THE STRUGGLE 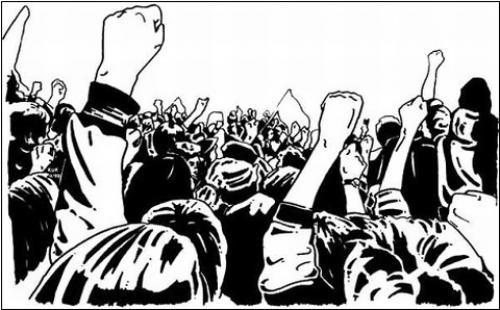 As I prepared, this year, to step down after twenty eight years as an organizer with the Ontario Coalition Against Poverty (OCAP), I was offered and accepted a position as Packer Visitor in Social Justice at Toronto’s York University. Part of my new role is to teach a course on social justice and this has been enormously rewarding, especially at a university with such a diverse and heavily working class student population. Now, however, we are developing plans to take a modified version of the course out of an academic setting and into the nearby Jane Finch community. This is a Toronto neighbourhood that has long been impacted by many of the factors that a social justice agenda must challenge, such as poverty, racism, austerity and gentrification. I hope that, in doing this, it will be possible to develop a model of political education that will be relevant for the widest range of communities under attack.

Knowledge as a Weapon

Over decades of direct involvement in social action, I’ve developed a great respect for the kind of political theory that is informed by the practice of class struggle and that is motivated by a desire to build working class resistance and to take it forward towards the goal of social transformation. Without that living struggle, education can only have the most limited benefits. People learn relatively little from being kicked and so much more of value from fighting back. However, the direct experience of exploitation and poverty or even the most robust practice of social action against these things, while they will provide many vital insights, don’t automatically generate the supply of historical and political knowledge that is needed. This has to be drawn from outside of the immediate site of conflict.

Life in a poor community will provide you with a clear appreciation of how unequal and unjust this society is but an understanding of how social inequality develops in human relations and how it is presently reproduced and intensified under neoliberal capitalism, is a different question. Trying to survive on social benefits will show you that the system punishes and humiliates you in return for the meagre pittance it provides but even the most gruelling trip to the welfare office will not reveal how income support developed out the old Poor Laws or demonstrate its function in creating a submissive supply of cheap labour. Uniting with your fellow workers to challenge the conditions imposed on you by your employer will teach you a great deal but the rich history of social resistance at other times and in other places that can provide you with a powerhouse of vital knowledge will not be there at your fingertips. There is a role for eduction in the building of social movements, especially in the present period. Volatile and contradictory currents of opposition are spring up in the context of political and economic crisis and, in this situation, the need for political clarity is at a premium.

We are living at a time of great difficulty and danger and yet we are also at a point at which the potential for social action, on a global mass scale, is exceptional and considerable. Still, if resistance is to intensify and assume winning forms, the political orientation of the participants in those struggles is a hugely important question. This is all the more true because left political parties, trade unions and social movements are not at an historical peak in the present period. Decades of neoliberal assault and the failure to mount a winning counter offensive, have left their mark. As the post 2008 sluggish recovery goes over to economic downturn, the relative weakness of the left becomes an even greater liability.

Across the world, powerful and enormously precious uprisings are breaking out against the neoliberal order. Some victories are certainly being won and pessimism is by no means in order. However, for the moment, this global upsurge, with considerable local variation, expresses only a general sense that decades of social cutbacks and attacks on working class living standards have created an unbearable situation that must be confronted. In some cases, the key demand is that a particular austerity measure be withdrawn. In other places, the focus is on removing hated governments or political leaders from office. Contradiction and confusion in the movements taking to the streets are often apparent. A volatile mood of anger has broken out and produced huge protests and confrontations with authority. Still, the political conclusions that can sustain and develop those movements and take them in directions that fundamentally challenge the neoliberal order have to be found on the left. Without doubt, these very conclusions have to be presented and argued for by those who are themselves an integral part of these struggles.

In the recent UK election, the anger that the neoliberal decades have produced manifested itself in a way that can be no source of joy for anyone on the left. Decades of attack on the industrial base and of social cutbacks (often implemented by New Labour and local Labour led councils) produced a bitter mood in the ‘Labour heartlands’ that made a cynical Tory call to ‘Get Brexit Done’ seem more relevant and believable than a serious anti-austerity manifesto from Corbyn led Labour. Had the alternative to austerity been advanced not simply in terms of an electoral choice but in the form of ongoing resistance and social action, deeply embedded in the lives of those communities, the anger could well have taken a form much less to the liking of Boris Johnson. Here in Ontario, as throughout the northeastern US, similar considerations hold up for the ‘rust belt’ towns and cities that have faced the same kind of attacks.

If there is a need for political intervention when people start to move into struggle against the neoliberal onslaught, what role can the kind of education I spoke of at the outset play in this? Social movements need to driven by the fullest and most dynamic forms of participatory democracy. This, however, by definition, involves discussion and debate over movement goals, strategies and tactics. A ‘leaderless movement,’ in the sense of one that avoids internal disagreement and that tries to accommodate seriously contradictory approaches, will be a badly blunted weapon in the fight against the neoliberal order. Within a democratic movement that thrashes out a view of how best to move forward, an ability to consider the lessons, examples and conclusions that have been drawn in large measure from struggles in other places and at other times, is of enormous benefit.

As social resistance emerges and grows, moreover, there are those who play a leading role and win the respect of others. Gramsci spoke of the ‘organic intellectual’ within the working class and the present day US union organizer, Jane McAlevay, places a premium on the ‘organic leader.’ There is a particular importance in giving those who provide this rank and file leadership an opportunity to share the knowledge that other social and political movements have developed in struggle and study.

A Model of Education

The specifics of the course that we are going to run in the Jane Finch community are still under discussion but the idea is to have it go over several weeks and look, in some detail, at the historical, economic, social and political factors that have created the neoliberal agenda, with its war on the poor, and how the dynamics of racism and gender oppression have shaped the attack. We will also look at the lessons to be drawn from the struggles of the past and those that are unfolding globally in the present. We will consider very carefully how all of this specifically impacts the Jane Finch community. The course will certainly mean the sharing of some important knowledge but will also be a very interactive process that will draw on the life experiences of community members. I hope that it will provide a useful model that others can utilize and develop.

We are about to enter the Twenties and, as we do, we approach a political terrain marked by a crisis for the neoliberal order. Climate disaster is upon us, global economic slump looms and, in this context, people across the world are taking to the streets and fighting back. A challenge to neoliberalism and capitalism itself is in the works and the movements that spring up will have to hammer out the conclusions on which they base their courses of action. Political education will be an important tool in this and I hope the contribution I am involved in developing will be a useful one.