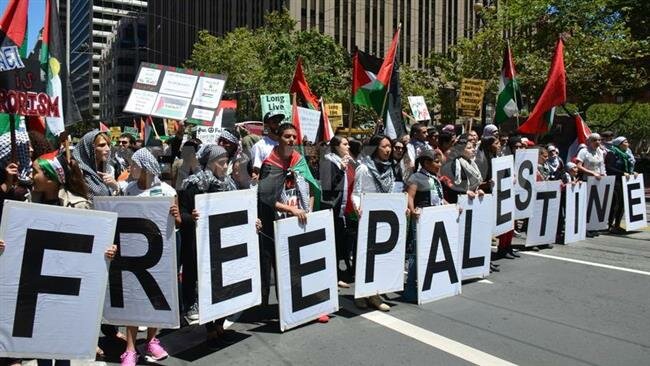 I’m addressing this directly to the elected members of the Ontario Legislature, although anyone else is entirely welcome to read it over. I take this step because of the introduction this month of a private member’s bill by Ontario Tory MPP, Will Bouma, called ‘An Act to Combat Antisemitism.’ This would require the provincial government to adopt the infamous IHRA definition of antisemitism with attendant examples. This definition has been taken up by the Israeli government and its international allies, as a means of undermining Palestine solidarity. It is used to label the expression of any consistent anti-Zionist viewpoint as hate activity and, in practice, to stifle even the most limited and conditional criticisms of Israel. Mr. Bouma’s initiative becomes all the more menacing because it comes on the heels of Donald Trump’s efforts to silence free speech on Palestine at US universities.

Independent Jewish Voices (Canada) has put together an excellent critique of the IHRA definition and the threat it poses. For my present purposes, however, I need only to refer to one of the ‘contemporary examples of antisemitism in public life...’ that the definition offers. I refer to the assertion that ‘denying the Jewish people their right to self-determination, e.g., by claiming that the existence of a State of Israel is a racist endeavor’ can be taken as evidence of anti-Jewish hatred. The problem for me (and for many others who share my point of view) is that I do, indeed, believe that the ‘State of Israel is a racist endeavour’ and that this is fundamentally and irretrievably the case. However, I have formed this opinion precisely because I embrace a perspective of anti-racism that includes a deep loathing of antisemitism. As you might expect, then, I find it highly problematic that the government of the province in which I live might falsely label me a hatemonger and an advocate of something I utterly despise.

I’m going to go out on a limb and venture a guess that anti-Zionism is not a widely held position among Ontario MPPs and, if the task before me were to convince a majority of you that my view of things is correct, I would not have very much hope of success. However, the task I set myself is more modest than that. What I seek to win from you is an understanding that I am advancing a serious political point of view and, whether you agree or disagree with it, there is no reasonable basis for deeming me something akin to a hate criminal. So, let me set out the essential elements of that political perspective.

To return to the above mentioned example from the IHRA definition, let me first take up the question of ‘denying the Jewish people their right to self-determination’ and whether the Zionist project represents the legitimate exercise of such a right. There are numerous situations in which people claim self-determination in the form of a distinct territory over which they can assert control. In most cases, we are dealing with people who live on an historic homeland that has been incorporated into one of more state territories. In these situations, the claim is simply to grant independence to the parcel of land on which they live. The question, then, seems to hinge on a valid territorial claim. No one could deny that there is such a thing as a distinct Roma people. They are believed to have originated in northern India but are dispersed mainly in Europe, where they face massive persecution. Yet, there is clearly no portion of territory that can be claimed as a homeland for the Roma.

When it comes to the Zionist claim, the obvious problem is the existence of the Palestinian people. In my view, the notion of a Jewish right to self-determination that rests of an assumed right to dispossess the Palestinians is neither rational nor just. Yet, Zionism bases itself on just such an assumption. In 2017, Amir Ohana, who would later become Israel’s Justice Minister, stated, “What is a Palestinian people? What sets it apart? Does it have its own language? Its own currency? No. Therefore, I can go to Mohammed and tell him, ‘Even though your grandfather, and maybe your grandfather’s grandfather, were born here – this is my country’.” Mr. Ohana occupies a place on the overtly racist right of Israeli politics and his supremacist assumptions are all too clear but, however ‘liberal’ or ‘democratic’ a supporter of Israel might seek to appear, the assumed right to dispossess is fundamental to the political ideology we may call Zionism and we arrive at the indefensible notion of a right to self-determination that rests of the active and ongoing denial of another peoples’ right to the same thing.

In May of this year, Israel’s UN Ambassador, Danny Danon, stood before the Security Council and held up a bible, declaring, “This is our deed to our land.” Now, I defend the right to freedom of religion but the obvious limit that must be set is that you can’t impose your views on others. If Mr. Danon believes that he descends from people who lived on a piece of territory two thousand years ago and that an ancient religious text offers him the right to claim this land as his own, I would say he is entitled to believe this. However, the ethnic cleansing and continuing enforced dispossession of the existing population is definitely not a legitimate exercise of religious freedom. Indeed, from a modern secular perspective, Danon’s claim seems so weak that you have to ask yourself if something else is going on here.

I think we can uncover what the unspoken driving force at work is if we imagine for a moment that the bible waved around at the UN contained, not a Divine promise to land in the Middle East, but to some territory in Europe or North America. If that were the case, Mr. Danon’s ‘title deed’ would be a non starter and no support from the Western powers would be forthcoming for the Zionist project. As it is, the creation and maintenance of the State of Israel is entirely linked to an agenda of colonialism and racism. The founding father of Zionism, Theodor Herzl, said that the state he wished to establish would be ‘a part of the wall of European civilization against Asiatic barbarism.’ To-day, mainstream politicians try to be a little less candid but the message is not fundamentally that different. Last year, Canada’s then Foreign Minister, Chrystia Freeland, stated that ‘We know Israel is a democratic state in a dangerous neighbourhood. And… we fully support Israel’s right to defend itself against aggression – whether it is from Iran or from terrorist groups such as Hamas.’ The continuity of viewpoint around the ‘defence’ of ‘European civilization’ is quite clear. In my view, Israel is a colonial settler state and a garrison of Western interests in the Middle East. My opposition to it is based on this political conclusion and, in no way, on any antisemitic hatred for Jewish people.

As an anti-Zionist, I believe that an ethnocratic Jewish state on stolen Palestinian land is a massive injustice and, ultimately, an unsustainable one that can only survive as an ongoing exercise in armed terror against a resisting indigenous population. The only solution lies in a democratic secular Palestine where the now existing Jewish population and the Palestinians, including those presently in exile, can live in conditions of equality. I can’t fail to note at the same time that, while the process is far more advanced in Canada, the colonialism imposed on Indigenous people here must also be fought and defeated.

I must, before concluding, make the point that, if the members of the Ontario Legislature want to resist the proliferation of antisemitism in the present period, you are barking up the wrong tree when you target the voices of Palestinian solidarity. Today, the fascist right is attacking synagogues and marching through the streets chanting ‘Jews will not replace us.’ The threat to Jewish people and communities comes from the real racists and hate mongers and not from the movement of solidarity with the Palestinians, a movement, let it be said, that includes many progressive Jewish voices.

As I said at the outset, I don’t demand that the political views I have put forward be met with agreement. I do, though, call upon you to reject the notion that I should be treated as a purveyor of hatred and bigotry. I must, however, finally inform you that, whatever you decide, the active solidarity with the struggle for a free Palestine will not be prevented by any sanctions you impose and I know very well that I speak for many others when I say this.